Tsuruta is an assistant professor in the Laboratories for Reproductive Biology in UNC's Department of Pediatrics. Dayton is associate professor and director of graduate studies in the Department of Biomedical Engineering, which is jointly housed at UNC and N.C. State University.

Tsuruta and Dayton's project is one of 78 grants announced by the Gates Foundation in the fourth funding round of Grand Challenges Explorations, an initiative to help scientists around the world explore bold and largely unproven ways to improve health in developing countries. The grants were provided to scientists in 18 countries on six continents.

To receive funding, Tsuruta and Dayton showed in a two-page application how their idea falls outside current scientific paradigms and might lead to significant advances in global health. The initiative is highly competitive, receiving almost 2,700 proposals in this round.

"Our long-term goal is to use ultrasound from therapeutic instruments that are commonly found in sports medicine or physical therapy clinics as an inexpensive, long-term, reversible male contraceptive suitable for use in developing to first world countries," said Tsuruta.

"We think this could provide men with up to six months of reliable, low-cost, non-hormonal contraception from a single round of treatment," Tsuruta said. Tsuruta notes that the initial idea to re-examine the effects of ultrasound on sperm production came from another private foundation. "The financial support of the Parsemus Foundation was instrumental in forming a team to study ultrasound's effect on the testis. Our pilot studies would not have been possible without the support of Elaine Lissner (Parsemus), David Sokal (Family Health International), Michael Streicker (Integrated Laboratory Systems) and Michael O'Rand (UNC-CH)."

Tsuruta and Dayton have successfully depleted testicular sperm using therapeutic ultrasound instruments. Once the testis has stopped producing sperm and all "sperm reserves" have been depleted, it is impossible to be fertile. Their Grand Challenges Exploration Grant project is aimed at fine-tuning this technique for maximum effect and safety.

"The winners of these grants show the bold thinking we need to tackle some of the world's greatest health challenges," said Dr. Tachi Yamada, president of the Gates Foundation's Global Health Program. "I'm excited about their ideas and look forward to seeing some of these exploratory projects turn into life-saving breakthroughs."

Grand Challenges Explorations is a five-year, $100 million initiative of the Gates Foundation to promote innovation in global health. The program uses an agile, streamlined grant process – applications are limited to two pages, and preliminary data are not required. Proposals are reviewed and selected by a committee of foundation staff and external experts, and grant decisions are made within approximately three months of the close of the funding round.

Applications for the current round of Grand Challenges Explorations are being accepted through May 19, 2010. Grant application instructions, including the list of topics for which proposals are currently being accepted, are available at http://www.grandchallenges.org/explorations. 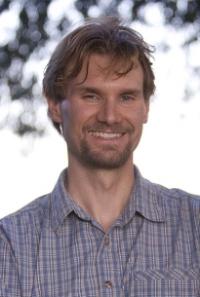