The tumor suppressor p53 does all it can to prevent oncogenes from transforming normal cells into tumor cells by killing defective cells or causing them to become inactive. Sometimes oncogenes manage to initiate tumor development in the presence of p53, but, even then, the tumor suppressor doesn't give up and focuses its efforts instead on limiting the tumor's ability to invade and metastasize. A study in The Journal of Cell Biology uncovers one way that p53 acts to prevent cancer cell invasion.

A team of researchers, led by Keiko Kawauchi from the Mechanobiology Institute at the National University of Singapore, studied cells that had been transformed into cancer cells by Ras, the most common oncogene in human cancer. They compared Ras-transformed cells with and without p53 and observed that those expressing p53 were less invasive and formed fewer focal adhesions, the molecular linkages that connect the structural scaffolding within the cell to the extracellular matrix that surrounds the cell.

The researchers found that p53 limits invasion by initiating a chain of events that ultimately prevents the formation of lamellipodia, cell membrane protrusions that spur cell movement and invasion. p53 activates a mitochondrial protease called Omi, which is then released into the cytosol of the cell when Ras causes mitochondria to fragment. Omi cleaves actin filaments in the cytoskeleton, and the decrease in actin suppresses the activity of p130Cas, a focal adhesion signaling protein that promotes the formation of lamellipodia. With low levels of active p130Cas, cells don't form lamellipodia and are therefore less able to invade.

"Actin remodeling is a signal that prevents cell invasion," explains Kawauchi. "Most research has focused on how p53 prevents metastasis by regulating epithelial-to-mesenchymal transitions," a biological process by which cells gain migratory and invasive properties. In contrast, says Kawauchi, the new findings help explain how p53 affects the cytoskeletal processes within the cell that drive invasion.

About The Journal of Cell Biology

The Journal of Cell Biology (JCB) is published by The Rockefeller University Press. All editorial decisions on manuscripts submitted are made by active scientists in conjunction with our in-house scientific editors. JCB content is posted to PubMed Central, where it is available to the public for free six months after publication. Authors retain copyright of their published works, and third parties may reuse the content for non-commercial purposes under a creative commons license. For more information, please visit http://www.jcb.org.

Journal
Journal of Cell Biology
Funder
, , and others 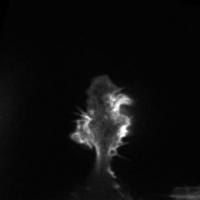