Having more choices is generally considered a good thing - until you actually have to choose that one cell phone, one prescription drug plan or one car model from among a dozen or so options. Economists call that problem choice overload, and the frustration it causes can lead to poor decisions.

"Standard economic theory will tell you that more choice is always better," said Tibor Besedes, an associate professor in the School of Economics at the Georgia Institute of Technology. "Theoretically, that works out, but when you have to apply it, that's very different. When you give people a lot of options, they can get bogged down and, at some level, become unwilling to consider anything because it just gets too complicated."

To help people make better choices when confronted by a large number of options, researchers have studied two decision-making strategies that break down the options into smaller groups that can be evaluated more effectively. One approach, analogous to a sports tournament, increased by 50 percent the likelihood that volunteer study subjects would make the best choice.

Yet this tournament approach was the least liked by the study subjects, perhaps because it forced them to make more choices and to abandon decisions they had already made. On average, the tournament process also required more time than the other two approaches studied.

Spurred by concerns over the large number of Medicare Part D prescription plans available, Besedes and collaborators from the University of Arkansas, Louisiana State University and the University of Connecticut initiated the study to compare strategies for making choices from large groups of options. They set up an online experiment that allowed them to study decisions made by 111 volunteers. The study subjects were asked to choose one option that would provide the best payoff from among 16 choices, and were rewarded by as much as $25 if they made optimal selections.

Study subjects were allowed to use all three approaches, and were asked to specify their preferences. Overall, the sequential tournament approach produced the best decisions, but was the least popular of the methods, Besedes said. Considering all of the options together was the most popular, but produced the worst outcomes.

"We know from all the studies that we've done that if you have a smaller choice set, you tend to do better," he explained. "There is a lot of information that you have to go through, and you have to understand what all of those things mean, and from that information, figure out what's best for you. You can't do that while choosing from 16 options at a time."

The sequential elimination approach, in which volunteers were asked to repeatedly eliminate new options added to a choice they had already made, didn't perform any better than simultaneous choice. Besedes suggests that's because people tend to avoid making new decisions by sticking with their first choice - even when offered potentially better options.

The experiment was done using a network of online volunteers enrolled by Vanderbilt University. The respondents were asked to choose from a group of cards that had different probabilities of payoff. This generic choice scenario was used to eliminate personal biases that might have arisen in choosing between real-world options such as insurance plans, Besedes said.

The results of the study could be applicable to a wide range of decisions in which many options must be considered, Besedes said. While the initial focus was on choosing prescription drug plans, the approaches studied could be used for choosing retirement programs, health care insurance, automobiles, homes, cell phones and other products or services with many choices.

"This approach could apply to any situation in which you have a lot of options," he said. "The difference between choosing a Medicare Part D plan and picking a cell phone is that the cell phone decision is less important financially. If you choose the wrong retirement or prescription drug plan, the cost of making a mistake can be considerable. And by the time you realize you've made a mistake, it may be too late to correct it."

Besedes offers advice to anyone trying to choose from many options:

This research was supported by the NIH National Institute on Aging under grant R21AG030184. The content is solely the responsibility of the authors and does not necessarily represent the official views of the National Institutes of Health.

The Review of Economics and Statistics 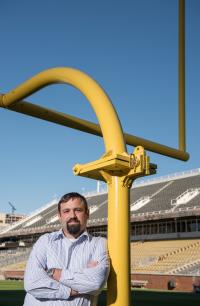