San Juan Capistrano, Calif. - A landmark two-year follow-up study on the Ellipsys® Vascular Access System was highlighted at the annual Controversies in Dialysis Access (CiDA) meeting, one of the premier dialysis access medical conferences in the world.

The multi-center study was included as part of a presentation during CiDA's "EndoAVF in Clinical Practice" session, as well during the "Ellipsys for EndoAVF®" industry symposium. It marks the first published two-year data for any endoAVF procedure.

Researchers found that nearly 92 percent of the Ellipsys fistulas were still functional after two years. In addition, patients reported high levels of satisfaction with the minimally invasive procedure. The study was recently published in the Journal of Vascular Access.

"These results confirm the Ellipsys system provides good vascular access while reducing the pain and discomfort associated with traditional fistula surgery," said Thomas Fogarty, MD, a world-renowned vascular surgeon and medical device inventor. "I've been creating surgical fistulas for over 50 years, and there has been very little innovation during that time. This groundbreaking technology represents a true paradigm shift in dialysis patient care."

An AVF provides vascular access for hemodialysis by establishing a permanent connection between an artery and a vein in the arm. Until recently, the only way to create an AVF was an open surgical procedure that subjects patients to discomfort, longer recovery times and delayed dialysis.

Dr. Fogarty was among the faculty who spoke at the "Ellipsys for EndoAVF: Creation to Cannulation" symposium. The multi-disciplinary panel lead by Monnie Wasse, MD, consisted of vascular surgeons, interventional radiologists, interventional nephrologists, a registered vascular technologist and an expert nurse cannulator. The program gave participants a comprehensive overview of the continuum of care required for successful dialysis treatment of ESRD patients, including patient selection, vessel mapping, endoAVF creation, maturation and cannulation.

"A really unique and important aspect of the program was having all vascular access disciplines represented. Each access center will have variations in specialty and specific procedure expertise, yet all must closely interact with one another to give patients the very best outcomes," said William Jennings, MD, a prominent vascular access surgeon from Tulsa, OK. "A team approach to dialysis access creation is the key element needed for a higher level of patient care and increases the likelihood of getting the patient on dialysis sooner using that newly created fistula with fewer procedures, complications and interventions."

During the CiDA annual meeting, the Centers for Medicaid and Medicare Services (CMS) published its final rules for 2020, which include increased reimbursement for the code associated with the Ellipsys procedure, effective January 1, 2020.

"This is tremendous news for people with end-stage renal disease in the U.S., which is a traditionally underserved patient population," said Mark Ritchart, President and CEO of Avenu Medical. "This reimbursement update will make it easier for physicians to perform the Ellipsys procedure at ambulatory surgery centers and hospitals, thereby increasing the number of people who have access to this faster, more efficient and less invasive option for AV fistula creation. This will be a significant quality of life improvement for these patients and their loved ones."

Approved by the FDA in 2018 for patients with ESRD, the Ellipsys endoAVF technology transforms a complex surgery into a minimally invasive procedure that can be performed in a hospital outpatient setting or ambulatory surgery center. A faster recovery enables patients can start dialysis sooner, and the lack of scars or disfigurement typically associated with surgical fistulas leads to better cosmetic outcomes. Over 1,200 patients worldwide have had the Ellipsys procedure since 2015.

The Controversies in Dialysis Access conference was held Oct. 31-Nov. 1 in San Diego. The meeting is the leading educational forum for surgeons, radiologists, nephrologists and medical staff who care for dialysis access patients. 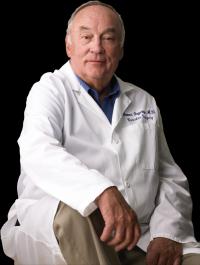