University of Washington (UW) researchers have succeeded in engineering human tissue patches free of some problems that have stymied stem-cell repair for damaged hearts.

The disk-shaped patches can be fabricated in sizes ranging from less than a millimeter to a half-inch in diameter. Until now, engineering tissue for heart repair has been hampered by cells dying at the transplant core, because nutrients and oxygen reached the edges of the patch but not the center. To make matters worse, the scaffolding materials to position the cells often proved to be harmful.

Heart tissue patches composed only of heart muscle cells couldn't grow big enough or survive long enough to take hold after they were implanted in rodents, the researchers noted in their article, published last month in the Proceedings of the National Academy of Sciences. The researchers decided to look at the possibility of building new tissue with supply lines for the oxygen and nutrients that living cells require.

The scientists testing this idea are from the UW Center for Cardiovascular Biology and the UW Institute for Stem Cell and Regenerative Medicine, under the guidance of senior author Dr. Charles "Chuck" Murry, professor of pathology and bioengineering. The lead author is Dr. Kelly R. Stevens, a UW doctoral student in bioengineering who came up with solutions to the problems observed in previous grafts. The study is part of a collaborative tissue engineering effort called BEAT (Biological Engineering of Allogeneic Tissue).

Stevens and her fellow researchers added two other types of cells to the heart muscle cell mixture. These were cells similar to those that line the inside of blood vessels and cells that provide the vessel's muscular support. All of the heart muscle cells were derived from embryonic stem cells, while the vascular cells were derived from embryonic stem cells or a variety of more mature sources such as the umbilical cord. The resulting cell mixture began forming a tissue containing tiny blood vessels.

"These were rudimentary blood vessel networks like those seen early in embryonic development," Murry said.

"The viability of the transplanted graft was remarkably improved," Murry observed. "We think the gain in viability is due to the ability for the tissue to form blood vessels."

Equally as exciting, the scientists observed that the patches of engineered tissue actively contracted. Moreover, these contractions could be electronically paced, up to what would translate to 120 beats per minute. Beyond that point, the tissue patch didn't relax fully and the contractions weakened. However, the average resting adult heart pulses about 70 beats per minute. This suggests that the engineered tissue could, within limits, theoretically keep pace with typical adult heart muscle, according to the study authors.

Another physical quality that made the mixed-cell tissue patches superior to heart muscle-cell patches was their mechanical stiffness, which more closely resembled human heart muscle. This was probably due to the addition of supporting cells, which created connective tissues. Passive stiffness allows the heart to fill properly with blood before it contracts.

When the researchers implanted these mixed celled, pre-vascularized tissue patches into rodents, the patches grew into cell grafts that were ten times larger than the too-small results from tissue composed of heart muscle cells only. The rodents were bred without an immune system that rejects tissue transplants.

Murry noted that these results have significance beyond their contribution to the ongoing search for ways to treat heart attack damage by regenerating heart tissue with stem cells.

The study findings, he observed, suggest that researchers consider including blood vessel-generating and vascular-supporting elements when designing human tissues for certain other types of regenerative therapies unrelated to heart disease.

One of the major obstacles still to be overcome is the likelihood that people's immune systems would reject the stem transplant unless they take medications for the rest of their lives to suppress this reaction. Murry hopes someday that scientists would be able to create new tissues from a person's own cells.

"Researchers can currently turn human skin cells back to stem cells, and then move them forward again into other types of cells, such as heart muscle and blood vessel cells," Murry said. "We hope this will allow us to build tissues that the body will recognize as 'self.'"

While the clinical application of tissues engineered from stem cells in treating hearts damaged from heart attacks or birth defects is still in the future, the researchers believe progress has been made. This study showed that researchers could create the first entirely human heart tissue patch from human embryonic cell-derived heart muscle cells, blood vessel lining cells and fiber-producing cells, and successfully engraft the tissue into an animal.

Future studies will try to move heart cell regeneration closer toward clinical usefulness, according to Murry and his research team. They forecast that such research would include testing other sources of human cells and developing techniques to create bigger patches for treating larger animals through surgical transplantation or through catheter delivered injections.

Lastly, they concluded, researchers would need to test whether tissue patches actually improve physical functioning after implantation in damaged hearts. 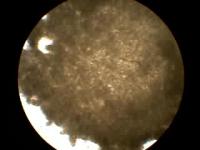