BOSTON--The genomic tumult within tumor cells has provided scientists at Dana-Farber Cancer Institute and the Broad Institute of MIT and Harvard with clues to an entirely new class of genes that may serve as an Achilles' heel for many forms of cancer.

As reported in the Aug. 17 issue of the journal Cell, the researchers identified 56 such genes, only a few of which had previously been identified as potential targets for cancer therapy. Unlike most such targets, these genes don't cause normal cells to turn cancerous. Instead, they are essential to all cells but have been disrupted as cancer progresses.

"One of the hallmarks of cancer is genomic instability, in which entire sections of chromosomes can be lost or duplicated many times over," says Dana-Farber's Rameen Beroukhim, MD, PhD, who co-led the study. "The result is that genes residing in those areas are either deleted or significantly over-copied."

This roiling of the chromosomes often leads to partial loss of essential genes, leaving cancer cells with barely enough of these genes to survive. Such genes become lifelines for tumor cells. Blocking them with drug molecules is far more likely to harm cancer cells than normal cells.

"When tumor suppressor genes are lost, it's common for several nearby genes -- which play no role in cancer development -- to be lost as well," explains the study's co-senior author William Hahn, MD, PhD, of Dana-Farber. Nearly 20 years ago, a scientist published a theory that blocking the remaining copies of these neighboring genes would cripple cancer cells' ability to grow and divide.

The author of that paper, in 1993, was Emil "Tom" Frei III, MD, who was Dana-Farber's director and physician-in-chief from 1972-1991. At the time, the tools didn't exist to determine whether the theory was valid. Only now, with the development of cutting-edge genomic technology, were researchers able to put it to the test.

Investigators began by scanning more than 3,100 samples of different types of cancers, and found that most were missing copies of genes across wide stretches of the genome. They then analyzed data from Project Achilles, a Dana-Farber research effort that has uncovered hundreds of genes critical to the reproduction of cancer cells.

Researchers combined both sets of data to find instances where the loss of one copy of a gene rendered the remaining copy especially important to the cancer cell. From an initial pool of 5,312 genes, researchers identified 56 that met the desired criteria. They dubbed them CYCLOPS genes (for Copy number alterations Yielding Cancer Liabilities Owing to Partial losS), evoking the mythical giant that was dependent on its one eye rather than the normal complement of two.

When researchers checked to see if any of the CYCLOPS genes were neighbors of missing tumor suppressor genes, as Frei had hypothesized two decades earlier, they found that, indeed, many were.

Investigators next surveyed the CYCLOPS genes to see if they have similar or divergent functions within the cell. "We found that they're heavily involved in the components of three critical cell structures: the spliceosome, the ribosome -- which use genetic information to construct proteins for the cell -- and the proteasome, which is a vital protein machine that disposes of unneeded protein material. This suggests that they're required for cell proliferation or survival," Hahn remarks.

When the researchers ranked the 56 CYCLOPS genes by the degree to which the cancer cells were dependent on them, the gene that topped the list was PSMC2. When they administered a PSMC2-blocking agent to mice whose tumors lacked a copy of the PSMC2 gene, the tumors shrank dramatically. "It was a powerful demonstration of the potential of CYCLOPS genes to serve as targets for cancer therapies," Beroukhim explains.

"This study represents a bringing-together of two approaches to understanding the basic mechanics of cancer," Hahn states. "One involves research into the effect of gene copy number changes on cancer. The other is a systematic exploration of the function of individual genes.

"By combining these approaches, we've been able to identify a distinct class of cancer-cell vulnerabilities associated with the copy number loss of essential genes."

About the Broad Institute of Harvard and MIT

The Eli and Edythe L. Broad Institute of Harvard and MIT was launched in 2004 to empower this generation of creative scientists to transform medicine. The Broad Institute seeks to describe all the molecular components of life and their connections; discover the molecular basis of major human diseases; develop effective new approaches to diagnostics and therapeutics; and disseminate discoveries, tools, methods and data openly to the entire scientific community.

Founded by MIT, Harvard and its affiliated hospitals, and the visionary Los Angeles philanthropists Eli and Edythe L. Broad, the Broad Institute includes faculty, professional staff and students from throughout the MIT and Harvard biomedical research communities and beyond, with collaborations spanning over a hundred private and public institutions in more than 40 countries worldwide. For further information about the Broad Institute, go to http://www.broadinstitute.org.

'CYCLOPS' genes may serve as an Achilles' heel in tumor cells 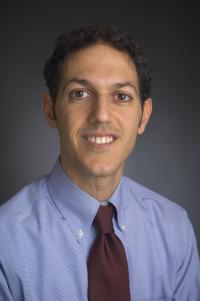