The highly anticipated update of the analysis of data from the European Space Agency's Planck satellite starts with a first paper published in Astronomy and Astrophysics, which already holds in store a few major surprises. The first article in fact "rejuvenates" the stars of our Universe. Thanks to new maps of cosmic background radiation (in particular, those containing "polarization anisotropies" of radiation) scientists have found that the "reionization" process could be more recent than estimated until now.

Reionization is one of the most important processes in cosmology as it is associated with star formation, which cosmologists data back to after the "dark ages" of the Universe, when there was still no starlight. The NASA WMAP satellite, launched in 2001, had given an initial estimate of the period when the process may have taken place.

The discovery, which still requires validation by the measurements that Planck is still able to provide that will be published in about a year's time, is associated with the publication of maps of "polarized" cosmic background radiation (the first light in the Universe produced by the Big Bang). WMAP was the first satellite to attempt to provide this map, but today new Planck data suggest that reionization may have occurred approximately 550 million years after the Big Bang, i.e., 100 million years later than WMAP had estimated.

"According to Planck's observations, stars may be younger than believed, in bearing with other independent astrophysical indicators, and this finding may have major consequences on our attempts to understand the dark components of the Universe", explains Carlo Baccigalupi, SISSA cosmologist and coordinator of the SISSA group involved in the Planck experiment. "The contribution of the Trieste team involved in producing maps for the LFI on board Planck - consisting of SISSA and INAF-OATS scientists coordinated by Andrea Zacchei - was to generate new maps of the polarized light seen by the LFI which cover the whole sky. Now we're awaiting data from the high-frequency instrument (HFI), whose maps are mostly constructed by the French team. These additional maps should provide confirmation and a clearer picture of the evidence we detected".

Planck is a European Space Agency satellite, designed to observe, with an unprecedented degree of accuracy, the Big Bang through cosmic microwave background radiation. Proposed in the early 90s, the satellite and its instruments were developed thanks to huge efforts that involved several national space agencies in Europe coordinated by ESA, whereas the NASA developed the cooling system.

On-ground analysis of the data has been conducted in only two centres in the world, Paris and Trieste. In Trieste, in particular, SISSA, INAF-Astronomical Observatory of Trieste, and the University of Trieste participate in the Data Processing Centre for the low-frequency instrument. In recent years, about fifteen scientists from the three institutions collaborated intensely with continuous exchanges with the rest of the Planck collaboration made up of the world's leading experts in data analysis, computer science, cosmology and astrophysics for a total of over 200 scientists and technicians. 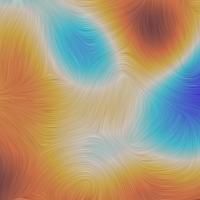 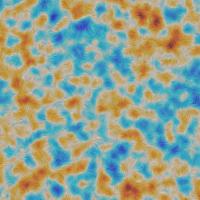