Non-alcoholic fatty liver disease (NAFLD) is the most common cause of chronic liver disease worldwide. NAFLD patients are at higher risk of developing Non-alcoholic steatohepatitis (NASH), which causes severe and chronic liver inflammation, fibrosis and liver damage. A patient with NASH is believed to be at high risk for developing a form of liver cancer called hepatocellular carcinoma (HCC).

Apart from lifestyle interventions, there are currently no approved treatments for NASH. A liver transplant is sometimes the only remedy.

While risk factors for NASH (obesity, type-2 diabetes and gene mutations like PNPLA3) and HCC (Hepatitis B and C infections, alcohol overconsumption and cirrhosis) are well known, the precise mechanism of how simple fatty liver progresses to chronic inflammation, liver fibrosis, NASH and HCC is not known.

A recent study led by researchers at University of California San Diego School of Medicine found in a mouse model that when fed a Western diet rich in calories, fat and cholesterol, the mice progressively became obese, diabetic and developed NASH, which progressed to HCC, chronic kidney and cardiovascular disease.

The findings, published in the May 31, 2021 online edition of Cellular and Molecular Gastroenterology and Hepatology, showed that by simply changing the Western diet in a mouse model to a normal chow diet, where calories are derived from proteins and carbohydrates rather than fats, with no cholesterol, NASH and liver fibrosis were improved; and cancer progression and mortality prevented.

"While the mice that continued on a Western diet developed HCC and had an increased risk of death, 100 percent of the mice that stopped the diet survived the length of the study without developing HCC," said Debanjan Dhar, PhD, co-senior author of the study and assistant professor in the Department of Medicine, Division of Gastroenterology at UC San Diego School of Medicine.

"This indicates that NASH and HCC may be a preventable disease and that diet plays a crucial role in the disease outcome."

In mice no longer fed the Western diet, researchers also found a decrease in liver fat and improvement in glucose tolerance -- an indicator of diabetes -- and several genes and cytokines that were affected in NASH returned to normal levels and function. In addition, Dhar and his team found key changes in the gut microbiome that modulate liver disease progression.

"Although NASH is a liver disease, our results show its development and progression is orchestrated by multiple organs."

A surprising finding, said the researchers, was that when they switched the Western diet of the mice with NASH to normal chow, the effect was more pronounced on the liver rather than on whole body weight.

"This could mean that slight changes in the liver might have profound effects on the disease outcome," said David Brenner, MD, co-senior author and vice chancellor of UC San Diego Health Sciences.

"Our animal model provides an important pre-clinical testing platform to study the safety and efficacy of drugs that are currently being developed, as well as to test the repurposing of other drugs that are already FDA approved for other diseases," said Dhar.

Cellular and Molecular Gastroenterology and Hepatology 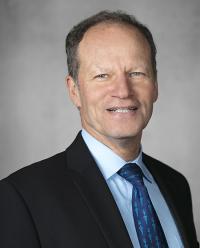