Washington, DC-- Algae colonizing dead coral are upending scientists' ability to accurately assess the health of a coral reef community, according to new work from a team of marine science experts led by Carnegie's Manoela Romanó de Orte and Ken Caldeira. Their findings are published in Limnology and Oceanography.

Corals are marine invertebrates that build tiny exoskeletons, which accumulate to form giant coral reefs. Widely appreciated for their beauty, these reefs are havens for biodiversity and crucial for the economies of many coastal communities. But they are endangered by ocean warming, seawater acidification, extreme storms, pollution, and overfishing.

Coral reefs use calcium carbonate to construct their architecture, a process called calcification. For a reef to be healthy, its coral's building activities must exceed erosion, a natural phenomenon that is exacerbated by all the environmental stresses to which human activity is exposing them.

"Coral reefs are dealing with so many simultaneous threats, many of which directly inhibit their ability to grow at a sustainable rate," Caldeira explained. "If they can't maintain a slow but steady amount of growth, they could get knocked out by rising sea levels in the coming years."

However, Romanó de Orte and Caldeira's research--with former Carnegie colleagues David Koweek (now at Ocean Visions), Yuichiro Takeshita (now at the Monterey Bay Aquarium Research Institute), and Rebecca Albright (now at the California Academy of Sciences)--showed that if researchers only make measurements to assess coral health during the daytime, it could lead to false sense of security.

Because dead coral is often colonized by algal communities that can also accumulate carbonate minerals during the day. However, most of these deposits dissolve overnight, so the carbonate minerals do not accumulate over time. In contrast, living corals, , which have evolved to build massive carbonate reefs visible from space, can continue to build their skeletons, albeit slowly, even at night.

"It's long been thought that measuring calcium carbonate production could be linked directly to the health of a coral community," Romanó de Orte said. "But our findings show that as algae increasingly succeed in overgrowing dead coral, it is going to be more difficult to rely on a once tried-and-true method for assessing whether a reef community is thriving."

To gain this critical understanding, the research team--which also included Tyler Cyronak of Nova Southeastern University, Alyssa Griffin of the Scripps Institution of Oceanography, Kennedy Wolfe of the University of Queensland, and Alina Szmant and Robert Whitehead of University of North Carolina Wilmington--deployed specially designed, state-of-the-art incubator technology to closely monitor both coral and colonizing algae in an area of Australia's Great Barrier Reef that had been heavily damaged by two tropical cyclones in 2014 and 2015. They were able to monitor both calcification and dissolution of carbonate minerals, as well as the organisms' metabolic activity.

"This amazing tool allowed us to home in on the specific role that each organism has in an ecosystem's total output, which gives us new insights into how reefs are changing" Romanó de Orte explained. 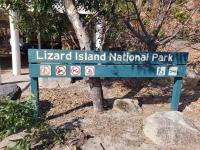