The GPM core observatory satellite flew above the remnants of tropical cyclone 11S on March 14, 2017 at 2356 UTC (7:56 p.m. EST). The remnants were located south-southeast of Madagascar and were rapidly transforming from a sub-tropical into an extra-tropical low pressure area.

GPM detected some locations of intense rainfall still being produced by the low. GPM's Dual-Frequency Precipitation Radar (DPR) data showed that rain in some areas was falling at a rate of over 205 mm (8 inches) in a few storms. GPM satellite radar (DPR Ku Band) data were used to examine heavy precipitation and found it around the low pressure area's western side. GPM's radar (DPR Ku Band) found that some storm tops in in 11s were reaching heights above 13 km (8 miles).

By March 16, the storm had become extra-tropical. 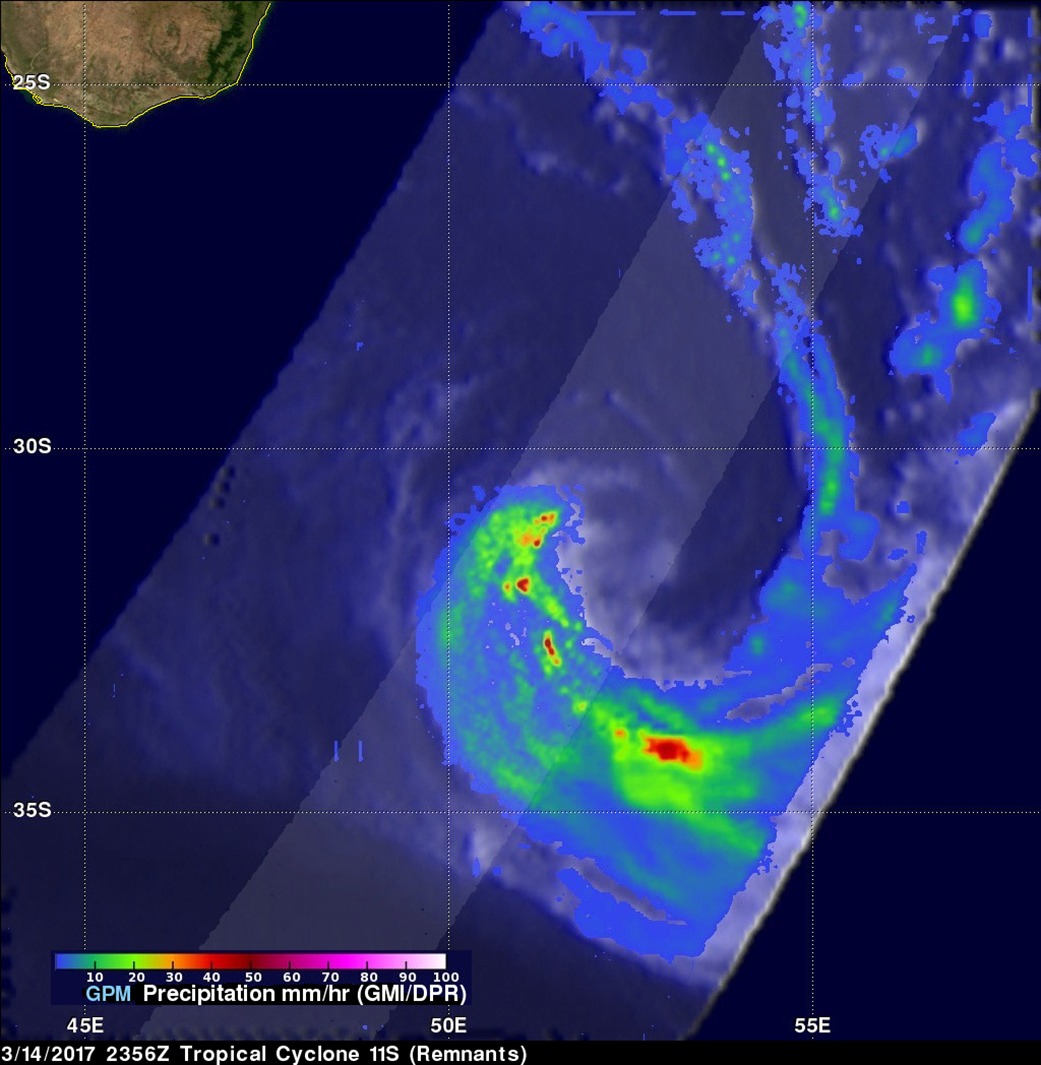