A new primate species dubbed the Popa langur has been discovered in Myanmar after years of extensive study, including analysis of a 100-year old specimen kept in the London Natural History Museum. The Popa langur (Trachypithecus popa) is described in a new scientific paper released today that documents the extensive genetic and morphological studies and field surveys undertaken by the German Primate Center (DPZ) - Leibniz Institute for Primate Research in Göttingen and conservation NGO Fauna & Flora International.

The Popa langur only occurs in central Myanmar and is named after the sacred Mount Popa, which holds the largest population of the species with about 100 animals. Mount Popa is an extinct volcano, which features an important wildlife sanctuary, as well as a sacred pilgrimage site, home to Myanmar's most venerated spirits, known as 'Nats'. Altogether there are only 200 to 250 animals of the new species, which live in four isolated populations. Throughout its range the langur is threatened by habitat loss and hunting, and the new species can be considered critically endangered. "Just described, the Popa langur is already facing extinction," says Frank Momberg at FFI.

Researchers of the DPZ and FFI in collaboration with partners from other non-government organizations, universities and natural history museums, investigated the evolutionary history and species diversity of langurs in Myanmar. Their study resulted in the description of the new langur species, the Popa langur.

The Popa langur differs from known species in fur coloration, tail length and skull measurements. Genetic studies revealed that the new langur species separated from known species around one million years ago. The DNA for genetic analyses was obtained from fecal samples collected by FFI staff in the wild, as well as from tissue samples of historical specimens from the natural history museums in London, Leiden, New York and Singapore.

Christian Roos, scientist in the Primate Genetics Laboratory at DPZ says, "The DNA analysis of a museum specimen collected for the London Natural History Museum more than 100 years ago has finally led to the description of this new species, confirmed also by samples collected from the field by FFI's research team."

"Additional field surveys and protection measures are urgently required and will be conducted by FFI and others to save the langurs from extinction," says Ngwe Lwin, a primatologist with FFI's Myanmar program. 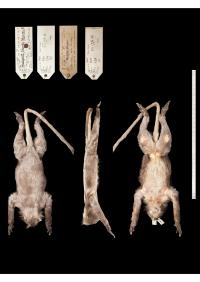 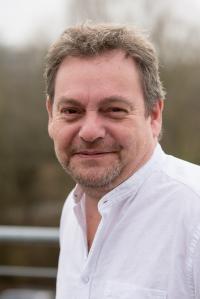