Dr. Troy McMullin, lichenologist at the Canadian Museum of Nature, and Dr. Yolanda Wiersma, landscape ecologist at Memorial University of Newfoundland, propose their lichen-focussed system in a paper published today in the Ecological Society of America journal, Frontiers in Ecology and the Environment.

"We are presenting a paradigm shift for the way we assess forests and manage them," says McMullin. "How do we select the forests with highest conservation value? How do we decide what to protect and what to cut? Lichens are part of the answer."

Old-growth forests, especially those in North America, are perceived to be rich in biodiversity, in addition to capturing aesthetic and spiritual values. These forests are usually defined by the age of the trees, with conservation and management practices developed accordingly. McMullin and Wiersma say this is an over-simplification, as it overlooks the importance of biodiversity in those habitats.

"Forests with old trees in them are certainly awesome and important," says Wiersma. "However, forests change through time and something that is an older forest now may not always be a forest."

The approach of the researchers lets them look at the presence of forests in the context of the broader landscape.

"If we think of the landscape as a patchwork quilt of different types of forests of different ages, some of those patches of forest will stick around for a long time, while others might wink in and out over different time frames. Our approach lets us identify which patch has been a forest for the longest period of time, even if it's not the one with the oldest trees."

McMullin and Wiersma argue that old trees are only a proxy for biodiversity in old-forest ecosystems and that biodiversity should be measured directly--with lichens as the ideal candidates.

"The advantage of lichens as indicators for this biodiversity is that they don't go anywhere, you can study them anytime of the year, and they 'eat the air', which makes them one of the most sensitive organisms in the forest ," explains McMullin.

Many old-growth forests have high sustained moisture and a high number of microhabitats suitable for certain species, which can't disperse easily. Having these forests in the landscape provides a refuge for the seeds and spores that helps with the continued preservation of this biodiversity.

In their paper, McMullin and Wiersma propose that suites of lichens associated with known old-growth areas can be used to develop "an index of ecological continuity" for forests of interest. This scorecard of lichen species could then be used as a tool by conservation biologists and forest mangers--the more species that are old-growth dependent, then the higher the forest's conservation value.

The scientists note that lichens are already being used to assess old-growth value and forest continuity in parts of Europe, less so in North America. As examples, they cite the studies of British botanist Dr. Francis Rose, who developed an index of about 30 lichens associated with Britain's Royal Forests or medieval parklands, which have been relatively untouched going back hundreds or even thousands of years.

McMullin has also built on the work of Dr. Steven Selva at the University of Maine. Selva has documented that species of stubble lichens (the calicioids), which tend to be found predominantly in old-growth areas, can be good indicators of continuously forested lands in Acadian forests.

So, what next? McMullin and Wiersma propose they can build on this knowledge to develop lists of appropriate lichen suites for forest types such as Carolinian, Boreal or Great Lakes-St. Lawrence. Next steps could include training those responsible for assessing the forests, offering access to the expertise of trained lichenologists, and taking advantage of new technologies such as DNA barcoding.

There are an estimated 2,500 species of lichens in Canada. Lichens are found on every continent and can grow in frigid polar regions, harsh deserts, as well as your backyard! A lichen is part fungus and part green alga or a cyanobacterium (sometimes both). Some lichens fix nitrogen for the soil and lichens play important roles in ecosystems: they are among the first colonizers of bare rock and prevent erosion by stabilizing soil, they provide food for animals, habitats for insects, and they can serve as monitors for air-pollution. The Canadian Museum of Nature houses the National Herbarium of Canada, which includes about 150,000 specimens of lichens.

About the Canadian Museum of Nature

The Canadian Museum of Nature is Canada's national museum of natural history and natural sciences. The museum provides evidence-based insights, inspiring experiences and meaningful engagement with nature's past, present and future. It achieves this through scientific research, a 14.6-million-specimen collection, education programs, signature and travelling exhibitions, and a dynamic web site, nature.ca. The museum houses the National Herbarium of Canada, which includes about 150,000 specimens of lichens.

About Memorial University of Newfoundland

Memorial University of Newfoundland is a multi-campus, multidisciplinary university dedicated to creativity, innovation and excellence in teaching and learning, research, scholarship and public engagement. With campuses in St. John's and Corner Brook, Newfoundlandand Harlow, Essex, U.K., Memorial University welcomes students and scholars from all over the world, including more than 18,000 students from nearly 100 countries. 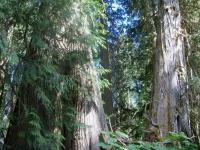 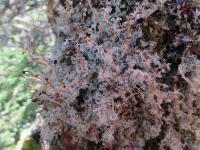