Miguel Modestino, an assistant professor in the Department of Chemical and Biomolecular Engineering, received a 2020 NSF Faculty Early Career Development Award, more widely known as a CAREER Award, which supports early-career faculty who have the potential to serve as academic role models in research and education.

A five-year, $499,000 grant will support a project that includes developing guidelines for the design and operation of high-performing electrochemical processes — a mission with great potential to drive sustainability in the chemical manufacturing industry. That industry currently consumes roughly 25 percent of the world’s energy demand, mostly in the form of fossil fuel-generated heat for thermochemical reactions.

Modestino’s research advances organic electrosynthesis — which relies on electricity, not heat, to drive reactions — and which can be generated by solar, wind, or other renewable means, thereby reducing carbon emissions compared to current methods for thermochemical reactions, which rely on petroleum or coal.

Modestino and his team are focusing on a model electrosynthetic reaction: the synthesis of adiponitrile (ADN). ADN is a precursor to the common textile ingredient Nylon 6,6, and Modestino has synthesized it via the electrohydrodimerization of acrylonitrile (AN), the largest organic electrochemical reaction implemented in the chemical industry. While more ADN is produced electrochemically globally than any other organic chemical product, the process used to manufacture it is inefficient and results in many unwanted by-products.

“If the industry transitions from thermochemical to electrochemical processes involving clean electricity sources, the reduction in carbon dioxide emissions will be enormous,” Modestino explained. “We estimate that implementing organic electrochemical processes at large scale, driven by solar or wind power, could result in the sustainable production of well over a third of all chemical products currently being manufactured.”

Modestino won a 2017 Global Change Award from the H&M Foundation for his development of a process that uses photovoltaic arrays, which generate electricity from the sun, to drive the synthesis of hexanediamine (HDA), one of the existing precursors to nylon, and he subsequently helped found the start-up Sunthetics, along with doctoral student Daniela Blanco and alumna Myriam Sbeiti (’18). Sunthetics — whose processes to produce ADN takes 50% less energy and smaller amounts of raw material while producing less waste and removing 20% of carbon emissions – has garnered numerous laurels, including top prize in the 2019 Global Student Entrepreneur Awards (GSEA) Competition.

Modestino and Blanco also recently received wide attention for what is believed to be the first use of artificial intelligence to optimize an electrochemical process, research that was detailed in the Proceedings of the National Academy of Sciences (PNAS). Their work also appeared recently in the Chemical and Engineering News feature “Year in Chemistry,” in which it was deemed among the most important research of 2019.

“Miguel Modestino is doing important work with great societal impact,” said NYU Tandon Dean Jelena Kovačević. “I am pleased that the NSF has chosen him to receive the CAREER Award, signifying that even this early in his tenure he is making important contributions to science and technology and that he serves as a stellar academic role model to his students. It’s especially gratifying to see him join the 50 percent of our engineering faculty members who hold CAREER Awards or similar young-investigator honors.”

The NYU Tandon School of Engineering dates to 1854, the founding date for both the New York University School of Civil Engineering and Architecture and the Brooklyn Collegiate and Polytechnic Institute (widely known as Brooklyn Poly). A January 2014 merger created a comprehensive school of education and research in engineering and applied sciences, rooted in a tradition of invention and entrepreneurship and dedicated to furthering technology in service to society. In addition to its main location in Brooklyn, NYU Tandon collaborates with other schools within NYU, one of the country’s foremost private research universities, and is closely connected to engineering programs at NYU Abu Dhabi and NYU Shanghai. It operates Future Labs focused on start-up businesses in downtown Manhattan and Brooklyn and an award-winning online graduate program. For more information, visit engineering.nyu.edu. 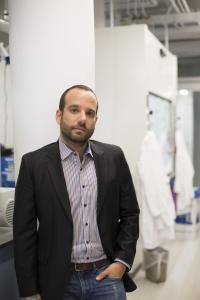 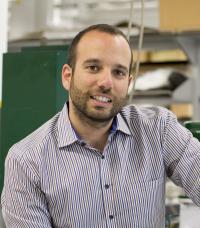