DALLAS - July 20, 2021 - UT Southwestern researchers report the first structural confirmation that endogenous - or self-made - molecules can set off innate immunity in mammals via a pair of immune cell proteins called the TLR4?MD-2 receptor complex. The work has wide-ranging implications for finding ways to treat and possibly prevent autoimmune diseases such as multiple sclerosis and antiphospholipid syndrome.

The TLR4?MD-2 receptor complex is well known for its role in the body's response to infection by gram-negative bacteria. Its role in autoimmunity had been long suspected, although direct proof was lacking. The team, led by Nobel Laureate Bruce Beutler, M.D., director of the Center for the Genetics of Host Defense (CGHD), identified lipids called sulfatides that can activate the innate immunity sensor TLR4, located on a cell's membrane. His discovery of the genes behind the TLR4 receptor and its role in the body's earliest response to infection - innate immunity - led to his 2011 Nobel Prize in Physiology or Medicine.

Beutler is corresponding author of the study published this week in the Proceedings of the National Academy of Sciences that used X-ray crystallography to confirm how sulfatides bind to the receptor complex. Lead author Lijing Su, Ph.D., a CGHD assistant professor with a secondary appointment in biophysics, conducted the X-ray crystallography at UT Southwestern's Structural Biology Core Facility and at Argonne National Laboratory in Illinois.

"For many years, the question of whether endogenous - or self - molecules can activate innate immune receptors has been an important one," says Beutler, a professor of immunology and internal medicine. "Scientists had observed that our own nucleic acids can activate TLRs 3, 7, 8, and 9, causing inflammation and autoimmunity. Many endogenous ligands for TLR4, most of them proteins, have been proposed. This is the first study to substantiate the existence of such a TLR4 ligand, meaning a molecule that fits into the receptor, by structural studies."

The team's structural studies of mouse TLR4?MD-2 in complex with sulfatides gave a detailed look at how sulfatides bind to the U-shaped side of the receptor complex in order to activate it. That binding sets off biological pathways that lead to the body's inflammatory response.

The study, which raises new and important questions, includes some observations about differences in the way the receptor responds in mice and humans. It also raises new questions about how the chemical makeup of individual sulfatides might affect the way they interact with the receptor complex to activate or suppress the immune response.

"Our work demonstrates that these, or perhaps other endogenous lipids, may indeed trigger activation of TLR4," Beutler says, adding that TLR4 usually acts as a sensor of lipopolysaccharide (a lipid plus sugar molecule) - also known as endotoxin - that resides on gram-negative bacteria. TLR4-LPS binding is implicated in sepsis, a potentially deadly condition in which the immune system goes into overdrive in response to infection.

Su adds that she and others in the Beutler lab previously reported that TLR4 and its co-receptor MD-2 can be activated by a synthetic small molecule called neoseptin-3, created in collaboration with the laboratory of Dale Boger, Ph.D., at The Scripps Research Institute, which shares no structural similarity to the natural microbial ligand, LPS.

"Our crystal structure of mouse TLR4?MD-2 in complex with neoseptin-3 revealed that this receptor complex might accommodate multiple small molecules rather than a big molecule like LPS," Su explains. "This result led us to look for natural lipids that might bind and activate TLR4?MD-2 signaling. Among early candidates were phosphoceramides, but these failed to activate the receptor. Structural features of sulfatides, and their great abundance in some tissues, led us to test them instead, and we confirmed that some sulfatides do indeed activate TLR4."

Beutler, a Regental Professor, holds the Raymond and Ellen Willie Distinguished Chair in Cancer Research, in Honor of Laverne and Raymond Willie, Sr.

UT Southwestern, one of the premier academic medical centers in the nation, integrates pioneering biomedical research with exceptional clinical care and education. The institution's faculty has received six Nobel Prizes, and includes 25 members of the National Academy of Sciences, 16 members of the National Academy of Medicine, and 13 Howard Hughes Medical Institute Investigators. The full-time faculty of more than 2,800 is responsible for groundbreaking medical advances and is committed to translating science-driven research quickly to new clinical treatments. UT Southwestern physicians provide care in about 80 specialties to more than 117,000 hospitalized patients, more than 360,000 emergency room cases, and oversee nearly 3 million outpatient visits a year. 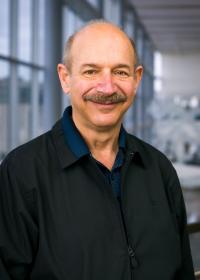