Bats play a huge but poorly understood role in humans' lives--they pollinate our crops, eat disease-carrying mosquitos, and carry diseases themselves. But we know next to nothing about most of these animals. There are more than 1,400 species of bats, and 25% of them have only been recognized by scientists in the last 15 years. For most bats, we don't really know how they evolved, where they live, and how they interact with the world around them. That lack of knowledge can be dangerous--the more we know about bats, the better able we are to protect them and defend ourselves against diseases that they can spread. In a new paper in a special issue of the journal ZooKeys focused on the coronavirus pandemic, researchers announced the discovery of at least four new species of African leaf-nosed bats--cousins of the horseshoe bats that served as hosts of the virus that caused COVID-19.

"With COVID-19, we have a virus that's running amok in the human population. It originated in a horseshoe bat in China. There are 25 or 30 species of horseshoe bats in China, and no one can determine which one was involved. We owe it to ourselves to learn more about them and their relatives," says Bruce Patterson, the Field Museum's MacArthur curator of mammals and the paper's lead author.

"None of these leaf-nosed bats carry a disease that's problematic today, but we don't know that that's always going to be the case. And we don't even know the number of species that exist," says Terry Demos, a post-doctoral researcher in Patterson's lab and a principal author of the paper.

The bats that Patterson and Demos studied are leaf-nosed bats in the family Hipposideridae. They get their common name from the elaborate flaps on skin on their noses that the bats use as radar dishes to focus their calls and help catch their insect prey. The family is spread throughout Africa, Asia, and Australasia but its African members are poorly known to science due to lack of research and political unrest in the areas where they're found.

To get a better understanding of how the leaf-nosed bats are distributed and how they're related to each other, Patterson, Demos, and their colleagues at Kenya's Maasai Mara University and the National Museums of Kenya, and the Field Museum undertook a genetic study of leaf-nosed bats in Africa almost entirely based on museum specimens collected in various parts of Africa over the last few decades. In several cases, supposedly widespread species proved to be several genetically distinct species that simply looked alike--new species hidden in plain sight. These "cryptic species" often look similar to established species, but their DNA hints at their distinct evolutionary histories.

The genetic research indicates at least four new and undescribed species of bats; these new species don't have official names yet, but they give us a glimpse at how much we still have to learn about Africa's bats.

Finding new species of animals is always cool, but Patterson and Demos say this discovery takes on special importance in the era of COVID-19. The new species of leaf-nosed bats didn't play a role in the coronavirus pandemic, but their sister family of horseshoe bats did. The horseshoe bats transmitted the novel coronavirus to another mammals (possibly the endangered, scale-covered pangolins), which then spread the disease to humans. It's not the first time humans have contracted a disease from bats--they seem more capable of transmission than most other mammals.

It's not that bats are uniquely dirty or covered in viruses. "All organisms have viruses. The roses in your garden have viruses," says Patterson. "We worry about viruses when it comes to flu and pandemics, but viruses are part of nature and have been as far back as we go. And many viruses are harmless." But while all animals carry viruses, bats seem especially good at passing them on to us. It might be because bats are some of the most social mammals, living in colonies of up to 20 million. "Because they huddle together and take care of each other, it doesn't take long for a pathogen to get passed from one end of the colony to the other," says Patterson.

The other possible reasons for bats being prone to spread disease can be traced to their ability to fly. "Flying is the most energetically expensive way to get around. If you skin a bat, it looks like Mighty Mouse, they have hardly any guts, they're all shoulders and chest muscle. They're incredible athletes," says Patterson. And since flying is such hard work, they have high metabolisms and strong immune systems, and their DNA is really good at repairing itself when damaged. This extra hardiness means bats can harbor disease-causing agents without getting sick themselves; that same dose can be harmful to humans who come into contact with the bats.

And while these bats don't normally have much contact with humans, the more that people destroy bats' habitats and expose themselves to bats through hunting and consuming bat meat, the more likely it is that bats will spread viruses to people. "Unless you try to seek out bats, either to harass them or kill them, it's very, very unlikely that they'll infect you," says Demos.

The researchers also note that while horseshoe bats, not their leaf-nosed cousins studied in this paper, have been tied to the spread of COVID-19, it's still important to study leaf-nosed bats to help prevent future outbreaks. "Leaf-nosed bats carry coronaviruses--not the strain that's affecting humans right now, but this is certainly not the last time a virus will be transmitted from a wild mammal to humans," says Demos. "If we have better knowledge of what these bats are, we'll be better prepared if that happens."

The researchers also emphasize that in addition to questions about how the bats could harm humans, we need to make sure that we humans don't harm bats in hopes of curbing disease. Patterson notes, "These bats have a place in nature and perform essential ecological functions, and we can't let our terror of COVID cause us to pull apart natural ecological systems." 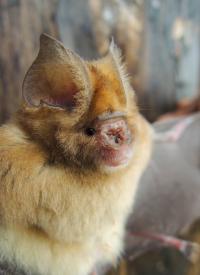 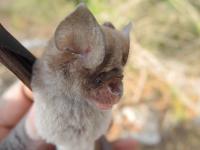