Being able to manipulate its host's behavior while growing inside of it, a new species of parasitic wasp seems to have deservedly received the name of the ancient Egyptian god of evil and chaos Set. Discovered in the southeastern United States, the new species, also called the crypt-keeper wasp, parasitizes crypt gall wasps, which in turn infest live oak. The research team led by Dr. Scott P. Egan of Rice University published their discovery in the open access journal ZooKeys.

Once parasitized, the crypt gall wasp cuts a hole through the gall it has built around itself, and plugs its head in it right before being killed. Meanwhile, the larva of the crypt-keeper wasp feeds, grows, and pupates on the insides of its host. As soon as it is ready to emerge as an adult, it takes a 'shortcut' out of the crypt gall straight through the head capsule of its prey, leaving chunks of exoskeleton behind in the 'crypt'. The team has published a parallel paper (Weinersmith et al. 2017) documenting this manipulation and exploring the fitness benefit to E. set in the journal Proceedings of the Royal Society B.

To justify the comparison between the new wasp and Set, the scientists point out that the deity is said to have control on evil animals, such as hyenas and serpents. Furthermore, according to the ancient Egyptian mythology, he trapped his good-hearted brother Osiris in a crypt and killed him. Then, he chopped his body into small pieces and scattered them all over the world.

The new wasp, described under the name Euderus set belongs to a genus of approximately 77 species with a cosmopolitan distribution. The species is a tiny insect measuring between 1.2 and 2.3 mm in length, but under a microscope, it is one of the most colorful. Its colors are shiny metallic, varying from olive green to turquoise to iridescent blue, depending on lighting and age. Originally discovered near Inlet Beach, Florida, it has now been found across the U.S. Gulf coast, including sites in Georgia, Florida, Mississippi, Louisiana, and Texas. 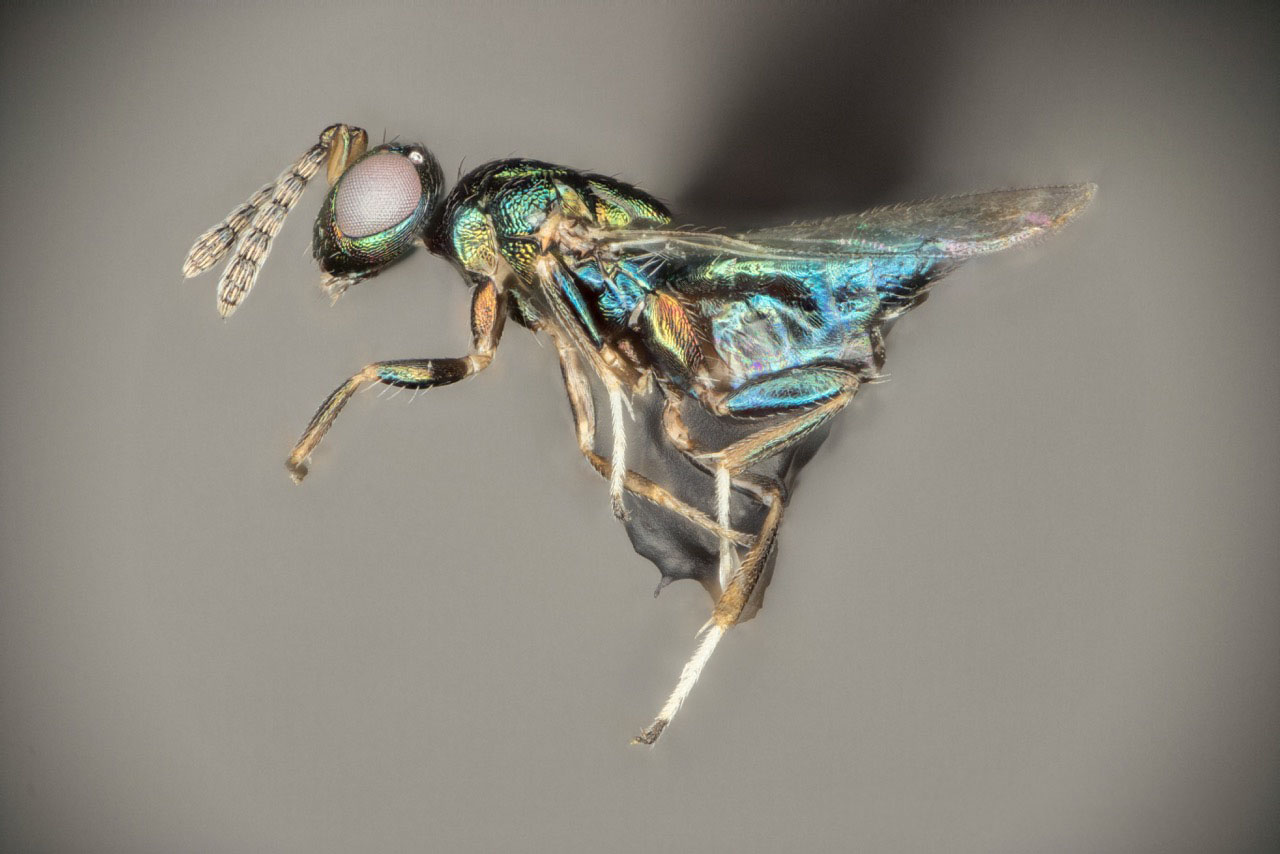