The carnivorous Penis Worm, or Ottoia, known from 500-million-year-old fossils, was a fearsome beast: it could turn its mouth inside out to reveal a tooth-lined throat that looked like a cheese grater. Because its teeth are less than a millimeter in size, researchers used high-powered microscopes to find out more about their structure.

The investigators found that the teeth had a scaly base and were fringed with tiny prickles and hairs. By reconstructing what the Penis Worm's teeth looked like, the researchers discovered fossil teeth from a number of previously unrecognized Penis Worm species all over the world.

"Taken together, our study has allowed us to compile a 'dentist's handbook' that will help paleontologists recognize a range of early teeth preserved in the fossil record," said Dr. Martin Smith, lead author of the Palaeontology study. 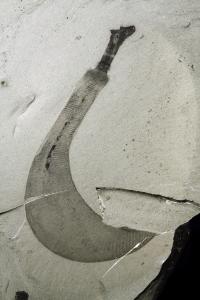