The Korea Institute of Science and Technology (KIST) has made an announcement about the technology to extract high-purity hydrogen from ammonia and generate electric power in conjunction with a fuel cell developed by a team led by Young Suk Jo and Chang Won Yoon from the Center for Hydrogen and Fuel Cell Research. This confirms the possibility of using ammonia as a hydrogen carrier to transport large amounts of hydrogen over long distances.

Although the need to build a global clean energy supply network has been noted worldwide, there are constraints when it comes to transporting renewable energy in the form of electricity across long distances. This has resulted in a growing demand for a technology that can convert surplus renewable energy into hydrogen and transport the hydrogen to the target destination for utilization.

Hydrogen gas, however, cannot be transported in large amounts due to the limitations in the amount that can be stored per unit volume. A strategy suggested to overcome this issue is the use of chemicals in liquid form as hydrogen carriers, similar to the current method of transporting fossil fuels in a liquid form.

Despite the many advantages presented by ammonia, there has been relatively little research on producing high-purity hydrogen from ammonia and generating electricity in conjunction with fuel cells.

The research team at KIST developed a low-cost membrane material and a catalyst for decomposition of ammonia into hydrogen and nitrogen. By combining the catalyst and membrane, the research team created an extraction device that is capable of decomposing ammonia and separating pure hydrogen at the same time. With the developed technology, it is possible to continuosly produce high-purity hydrogen, and it can even be applied to small power generation devices by directly connecting it with fuel cells without any additional hydrogen purification processes.

The research team substantially reduced the ammonia decomposition temperature from 550oC to 450oC, thereby lowering energy consumption and doubling the hydrogen production speed compared to the conventional technology. Also, using the low-cost metal membrane, it was able to produce at least 99.99% pure hydrogen without any high-cost isolation process such as pressure swing adsorption (PSA)*.

Currently, storage- and transportation-related infrastructure for ammonia has been commercialized and used worldwide for intercontinental transportation. If the newly developed technology from KIST is applied to such infrastructure, it will help Korea take a step closer to the hydrogen economy.

Dr. Jo Young Suk from KIST said, "We're planning a follow-up study to develop a compact hydrogen power pack that does not emit any carbon dioxide, based on the recently developed technology, and apply it to urban aerial mobilities (e.g. drone taxis), unmanned aerial vehicles, ships, and other modes of transportation." Meanwhile, Yoon Chang Won, the Director of the KIST Center for Hydrogen and Fuel Cell Research said, "The outcome of this research is an ammonia-based hydrogen extraction and purification technology developed by a team of strictly Korean researchers, and it is expected to open a new chapter in large-scale hydrogen supply using ammonia."

* Pressure swing adsorption (PSA) : The process that is most commonly applied to hydrogen separation. It is an adsorption-based process used to isolate a specific gas from a mixture of gases by adjusting the process pressure based on the principle of adsorption equilibrium

This study was carried out, with a grant from the Ministry of Science and ICT (MSIT), as Institutional R&D Program of KIST and the Core Renewable Energy Technology Development Project of the Korea Energy Technology Evaluation and Planning. The findings were published in Journal of Membrane Science (top 2.809% in the field of JCR), a leading journal in the field of membrane research.

Hydrogen economy with mass production of high-purity hydrogen from ammonia 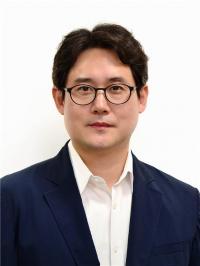