The ongoing research project at The Ohio State University, the University of Alberta and Simon Fraser University uses statistical analysis to forecast one worm species' spread, in hopes of finding ways to curtail it.

Most recently, they've focused on the boreal forest of northern Alberta. No native worms live in the forest whatsoever; the region had been worm-free since the last ice age 11,000 years ago, until invasive European species began working their way across the United States and Canada. The worms have only recently invaded Alberta.

In the journal Computational Statistics and Data Analysis, the researchers project that by 2056, one of those invasive species--Dendrobaena octaedra, sometimes called the octagonal-tail worm--will expand its territory from 3 percent of the Alberta boreal forest to 39 percent. Right now, isolated pockets of D. octaedra dot the region, and are spreading deeper into the forest by around 52 feet each year.

"The idea is to get a more realistic picture of earthworm spread, which involves a lot of uncertainty," said Oksana Chkrebtii, assistant professor of statistics at Ohio State. "The invasion is happening below ground, so we can't easily observe the worms directly. We have to infer population dynamics based on the information we can get, and that's a good problem for statistical analysis."

The worm is less than an inch long, and its eggs are about the size of sesame seeds. One of the team's findings is that the worms are entering the forest via roadways, which suggests that the tiny eggs are becoming lodged in tire treads and then dropping onto the ground as people drive through the forest.

Before she joined the study, Chkrebtii thought--as many North Americans probably do--that worms are always good for the soil.

"I thought they were beneficial, especially for agriculture, but maybe the boreal forest is not the best place for them," she said.

D. octaedra eats leaves that fall to the forest floor. The worms burrow beneath the surface where they mix different layers of soil and change the soil pH. Ultimately, these changes alter how organic and inorganic matter decomposes and result in fewer small invertebrates in the soil. Other types of worms have even been found to cause native plants living on the forest floor to die and birds that nest there to lose their habitat.

Since the forest hosts no native worms, D. octaedra and other invasive earthworms are able to spread unchecked.

Study co-author Erin Cameron and her team at the University of Alberta conducted the first field studies of D. octaedra in Alberta's boreal forest.

Based on worm counts they made at 78 sites within the forest in 2006, Chkrebtii and co-authors estimated the geographic spread of the worm population. They also modeled the likely number of introductions of worms along roads every year.

By using a technique called approximate Bayesian computation in a new way, the team was able to estimate population spread and new introductions simultaneously, and then use them to get an overall 50-year worm forecast for northern Alberta.

The finding: D. octaedra populations currently expand about 16 meters (around 52 feet) per year. At that rate, a single worm and its descendants--they reproduce asexually, so one worm reproduces on its own--could expand to cover the length of an American football field in six to seven years.

In total, the population for this worm species is expected to expand to cover 39 percent of the boreal forest floor in northeastern Alberta by 2056.

The boreal forest covers most of the northern reaches of North America, Europe and Asia, and accounts for one-third of all forested land on Earth. Its plant and animal diversity, as well its role as a host to migrating birds, make it an important target for conservation efforts. Researchers also consider it an important carbon sink, which means it stores away reservoirs of carbon that would otherwise enable climate change.

Americans and Canadians alike travel into the forest for hunting and fishing, so in some cases the worms are able hitch a ride for many miles before being deposited there.

The changes wrought by the worms are slow but profound--and the spread is difficult to model, Chkrebtii said.

"When you think of invasive species, you might think that one worm gets in and suddenly you have a forest full of worms, but it's much more complicated than that. And here the worms are getting re-introduced all the time," she explained.

Cameron added that the information gained in this study could be used to inform both tourists and locals.

"There is no way to stop the spread of earthworms once they are introduced, but having a more realistic estimate of future spread--for example, if we follow business as usual in terms of road construction--may increase awareness of the magnitude of the issue, and ideally encourage people to avoid introducing worms," she said.

Chkrebtii wants to expand the statistical model to examine how worms that are already in the forest can be transported within it--for example, between campsites--and how they spread to other areas outside the forest.

Though the app is geared toward students in Alberta, Cameron said that the information it is gathering, as well as the rest of the study, will be useful to researchers elsewhere.

"People in the US should care about this especially, because earthworm invasions have been ongoing there for a longer period of time, and larger impacts have been observed than in western Canada," she added.

She pointed to the Great Lakes Worm Watch, a project out of the University of Minnesota that partners with students in the U.S. to track invasive worms.

Co-authors on the study included David Campbell of Simon Fraser University and Erin Bayne of the University of Alberta. Funding was provided by the Natural Sciences and Engineering Research Council of Canada, the Alberta Biodiversity Monitoring Institute, Alberta Innovates Bio Solutions, the Alberta Livestock and Meat Agency and the Pacific Institute for Mathematical Sciences International Graduate Training Center in Mathematical Biology.

Invasion of the earthworms, mapped and analyzed 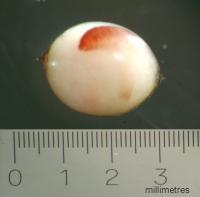 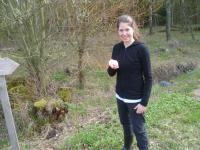