The Tibetan Plateau has long been seen as a "hotspot" for international environmental research, and there have been fears that water supplies in the major Asian rivers would drastically decline in the near future. However, new research now shows that water supplies will be stable and may even increase in the coming decades.

A report by the International Panel on Climate Change (IPCC) from 2007 suggests that the glaciers in the Himalayas will be gone by 2035. This statement was questioned and caused a great stir.

"This mistaken claim and the subsequent debate pointed to a need for a better understanding of the dynamics of climate, glaciers and future water supplies in the region," says Deliang Chen, Professor in the Department of Earth Sciences at the University of Gothenburg.

Since the statement by IPCC in 2007, the Tibetan Plateau has been a focus of international environmental research.

A research group led by Professor Deliang Chen at the University of Gothenburg, in close collaboration with researchers from the Institute of Tibetan Plateau Research at the Chinese Academy of Sciences, headed by Professor Fengge Su, has studied future climate change and its effect on the water balance in the region. The great Asian rivers have their source on the Plateau or in the neighbouring mountains.

The researchers recently published a study in Global and Planetary Change which modelled the water flows upstream in the Yellow River, the Yangtze, the Mekong, the Salween, the Brahmaputra and the Indus. The studies include both data from past decades and simulations for future decades.

The results show that water flows in the rivers in the coming decades would either be stable or would increase compared to the period from 1971-2000.

Affects a third of the world's population

The Tibetan Plateau is the highest and most extensive area of high land in the world, and what happens there affects water resources for almost a third of the world's population.

Dr. Tinghai Ou, who was responsible for the climate projections in the study, has commented that increased precipitation and meltwater from glaciers and snowfall are contributing to increased water flows in the region.

"This is good news because social and economic development in the surrounding areas, including China, India, Nepal and other countries in Southeast Asia, are closely tied to climate change and access to water. But the fact that the glaciers are shrinking in the region could be a concern in the longer term, and we must keep a close eye on what is happening with global warming," says Professor Deliang Chen.

Water supplies in Tibet set to increase in the future 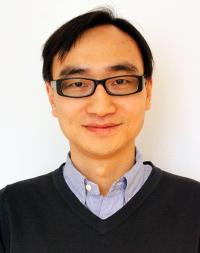