Lihong Wang, PhD, the Gene K. Beare Distinguished Professor of Biomedical Engineering at Washington University in St. Louis, has invented a guide star for biomedical rather than celestial imaging, a breakthrough that promises game-changing improvements in biomedical imaging and light therapy.

Wang's guide star is an ultrasound beam that "tags" light that passes through it. When it emerges from the tissue, the tagged light, together with a reference beam, creates a hologram.

When a "reading beam" is then shown back through the hologram, it acts as a time-reversal mirror, creating light waves that follow their own paths backward through the tissue, coming to a focus at their virtual source, the spot where the ultrasound is focused.

Wang thinks TRUE will lead to more effective light imaging, sensing, manipulation and therapy, all of which could be a boon medical research, diagnostics, and therapeutics.

In photothermal therapy, for example, scientists have had trouble delivering enough photons to a tumor to heat and kill the cells. So they either have to treat the tumor for a long time or use very strong light to get enough photons to the site, Wang says. But TRUE will allow them to focus light right on the tumor, ideally without losing a single tagged photon to scattering.

"Focusing light into a scattering medium such as tissue has been a dream for years and years, since the beginning of biomedical optics," Wang says. "We couldn't focus beyond say a millimeter, the width of a hair, and now you can focus wherever you wish without any invasive measure."

The new method was published in Nature Photonics, which appeared online Jan. 16, and has since been spotlighted by Physics Today (both online and in print) and in a Nature Photonics Backstage Interview.

Light is in many ways the ideal form of electromagnetic radiation for imaging and treating biological tissues, but it suffers from an overwhelming drawback. Light photons ricochets off nonuniformities in tissue like a steel ball ricochets off the bumpers of an old-fashioned pinball machine.

This scattering prevents you from seeing even a short distance through tissue; you can't, for example, see the bones in your hand. Light of the right color can penetrate several centimeters into biological tissue, but even with the best current technology, it isn't possible to produce high-resolution images of objects more than a millimeter below the skin with light alone.

Ultrasound's advantages and drawbacks are in many ways complementary to those of light. Ultrasound scattering is a thousand times weaker than optical scattering.

Ultrasound reveals a tissue's density and compressibility, which are often not very revealing. For example, the density of early-stage tumors doesn't differ that much from that of healthy tissue.

The TRUE technique overcomes these problems by combining for the first time two tricks of biomedical imaging science: ultrasound tagging and time reversal.

Wang had experimented with ultrasound tagging of light in 1994 when he was working at the M.D. Anderson Cancer Center in Houston, Texas. In experiments using a tissue phantom (a model that mimics the opacity of tissue), he focused ultrasound into the phantom from above, and then probed the phantom with a laser beam from the side.

The laser light had only one frequency as it entered the tissue sample, but the ultrasound, which is a pressure wave, changed the tissue's density and the positions of its scattering centers. Light passing through the precise point where the ultrasound was focused acquired different frequency components, a change that "tagged" these photons for further manipulation.

Ultrasound modulation of light allowed Wang to make clearer images of objects in tissue phantoms than could be made with light alone. But this technology selects only photons that have traversed the ultrasound field and cannot focus light.

While Wang was working on ultrasound modulation of optical light, a lab at the Langevin Institute in Paris led by Mathias Fink, was working on time reversal of sound waves.

No law of physics is violated if waves run backward instead of forward. So for every burst of sound (or light) that diverges from a source, there is in theory a set of waves that could precisely retrace the path of the sound back to the source.

To make this happen, however, you need a time-reversal mirror, a device to send the waves backward along exactly the same path by which they arrived. In Fink's experiments, the mirror consisted of a line of transducers that detected arriving sound and fed the signal to a computer.

Each transducer then played back its sound in reverse — in synchrony with the other transducers. This created what is called the conjugate of the original wave, a copy of the wave that traveled backward rather than forward and refocused on the original point source.

The idea of time reversal is so remote from everyday experience it is difficult to grasp, but as Scientific American reported at the time, if you stood in front of Fink's time-reversal "mirror" and said "hello," you would hear "olleh," and even more bizarrely, the sound of the "olleh," instead of spreading throughout the room from the loudspeakers, would converge onto your mouth.

In a 1994 experiment, Fink and his colleagues sent sound through a set of 2000 steel rods immersed in a tank of water. The sound scattered along all the possible paths through the rods, arriving at the transducer array as a chaotic wave. These signals were time-reversed and sent back through the forest of rods, refocusing to a point at the source location.

In effect, time reversal is a way to undo scattering.

Wang was aware of the work with time reversal, but at first couldn't see how it might help solve his problem with tissue scattering.

"The trouble was, we couldn't figure out how to use it. You know, if you send light through a piece of tissue, the light will scatter all over the place, and if you capture it and reverse it, sending it back, it will still be scattered all over the place, so it won't concentrate photons."

"And then 13 years after the initial ultrasound-tagging experiments, I suddenly realized I could combine these two techniques.

"If you added ultrasound, then you could focus light into tissue instead of through tissue. Ultrasound tagging lets you reverse and send back only those photons you know are going to converge to a focus in the tissue."

A time-reversal mirror for light

It's much easier to make a time-reversal mirror for ultrasound than for light. Because sound travels slowly, it is easy to record the entire time course of a sound signal and then broadcast that signal in reverse order.

But a light wave arrives so fast it isn't possible to record a time course with sufficient time resolution. No detector will respond fast enough. The solution is to record an interference pattern instead of a time course.

The beam that has gone through the tissue and a reference beam form an interference pattern, which is recorded as a hologram by a special photorefractive crystal.

Then the wavefront is reconstructed by sending a reading beam through the crystal from the direction opposite to that of the reference beam. The reading beam reconstitutes a reversed copy of the original wavefront, one that comes to a focus at the ultrasound focus.

Unlike the usual hologram, the TRUE hologram is dynamic and constantly changing. Thus it is able to compensate for natural motions, such as breathing and the flow of blood, and it adapts instantly when the experimenter moves the ultrasonic focus to a new spot.

More photons to work with

Wang expects the TRUE technique for focusing light within tissue will have many applications, including optical imaging, sensing, manipulation and therapy. He also mentions its likely impact on the emerging field of optogenetics.

In optogenetics, light is used to probe and control living neurons that are expressing light-activatable molecules or structures. Optogenetics may allow the neural circuits of living animals to be probed at the high speeds needed to understand brain information processing.

But until now, optogenetics has suffered from the same limitation that plagues optical methods for studying biological tissues. Areas of the brain near the surface can be stimulated with light sources directly mounted on the skull, but to study deeper areas, optical fibers must be inserted into the brain.

TRUE will allow light to be focused on these deeper areas without invasive procedures, finally achieving the goal of making tissue transparent at optical frequencies. 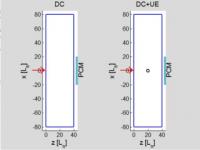 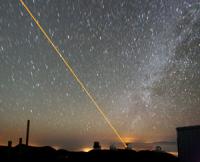