BLOOMINGTON, Ind. -- Research from Indiana University has found that sexual activity triggers physiological changes in the body that increase a woman's chances of getting pregnant, even outside the window of ovulation.

The results could eventually influence recommendations regarding how often to engage in sexual intercourse for couples trying to get pregnant. It could also potentially impact treatment for people with autoimmune disorders.

The conclusions are reported in papers recently published in the journal Fertility and Sterility and the journal Physiology and Behavior.

"It's a common recommendation that partners trying to have a baby should engage in regular intercourse to increase the woman's changes of getting pregnant -- even during so-called 'non-fertile' periods -- although it's unclear how this works," Lorenz said. "This research is the first to show that the sexual activity may cause the body to promote types of immunity that support conception.

"It's a new answer to an old riddle: How does sex that doesn't happen during the fertile window still improve fertility?"

In the first paper, Lorenz and colleagues report sexually active women experienced greater changes in helper T cells, and the proteins that T cells use to communicate. In the second paper, they report differences in antibody levels between the two groups.

Helper T cells manage the body's immune response in part by activating the cells that destroy invading microbes in the body. The antibodies -- also known as immunoglobulins -- are secreted by white blood cells and play an important role fighting off foreign invaders in the body.

"The female body needs to navigate a tricky dilemma," Lorenz said. "In order to protect itself, the body needs to defend against foreign invaders. But if it applies that logic to sperm or a fetus, then pregnancy can't occur. The shifts in immunity that women experience may be a response to this problem."

There are several types of helper T cells and immunoglobulins. Type 1 helper T cells assist the body with defense against outside threats. Type 2 helper T cells help the body accept those aspects of pregnancy the body may otherwise interpret as "foreign invaders," such the presence of sperm or emerging embryo.

Neither shifts in immunity were observed in the sexually abstinent women.

Both studies contribute to a growing body of evidence that the immune system isn't a passive system that waits to react to outside threats, but a highly proactive system that changes in response to external cues, such as the physical environment and social behavior.

The studies may also shed light on previous research that found unexplained fluctuations in immune response in women. A recognition that sexual activity can cause natural fluctuations in blood tests results could be useful to physicians treating patients with immune disorders, Lorenz said.

This research has been supported by the National Institutes of Health's National Institute of Child Health and Human Development, American Psychological Foundation's Henry P. David Award for Research in Human Reproductive Behavior and Population Studies, and Office of the Vice Provost for Research at IU Bloomington.

At the time of the WISH Study, Lorenz was a postdoctoral researcher on the NIH grant to IU, "Common Themes in Reproductive Diversity." 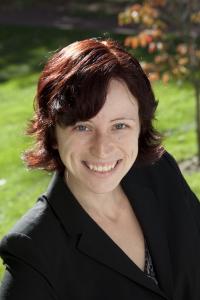