DURHAM, N.C. – In the record books, the swiftest sprinters tend to be of West African ancestry and the faster swimmers tend to be white.

A study of the winning times by elite athletes over the past 100 years reveals two distinct trends: not only are these athletes getting faster over time, but there is a clear divide between racers in terms of body type and race.

Last year, a Duke University engineer explained the first trend – athletes are getting faster because they are getting bigger. Adrian Bejan, professor of engineering at Duke's Pratt School of Engineering, now believes he can explain the second trend.

In a paper published online in the International Journal of Design and Nature and Ecodynamics, Bejan, and co-authors Edward Jones, a Ph.D. candidate at Cornell University currently teaching at Howard University, and Duke graduate Jordan Charles, argue that the answer lies in athletes' centers of gravity. That center tends to be located higher on the body of blacks than whites. The researchers believe that these differences are not racial, but rather biological.

"There is a whole body of evidence showing that there are distinct differences in body types among blacks and whites," said Jones, who specializes in adolescent obesity, nutrition and anthropometry, the study of body composition. "These are real patterns being described here -- whether the fastest sprinters are Jamaican, African or Canadian -- most of them can be traced back generally to Western Africa."

Swimmers, Jones said, tend to come from Europe, and therefore tend to be white. He also pointed out that there are cultural factors at play as well, such as a lack of access to swimming pools to those of lower socioeconomic status.

It all comes down to body makeup, not race, Jones and Bejan said.

Bejan and Jones cite past studies of the human body which found that on average, the center of gravity is about three percent higher in blacks than whites. Using this difference in body types, the researchers calculated that black sprinters are 1.5 percent faster than whites, while whites have the same advantage over blacks in the water. The difference might seem small, Bejan said, but not when considering that world records in sprinting and swimming are typically broken by fractions of seconds.

The center of gravity for an Asian is even more advantageous to swimming than for a white, but because they tend not to be as tall, they are not setting records, Bejan said.

"Locomotion is essentially a continual process of falling forward," Bejan said. "Body mass falls forward, then rises again. Mass that falls from a higher altitude falls faster. In running, the altitude is set by the location of the center of gravity. For the fastest swimmers, longer torsos allow the body to fall forward farther, riding the larger and faster wave."

The researchers said this evolution of body types and increased speeds can be predicted by the constructal theory, a theory of natural design developed by Bejan that explains such diverse phenomena as river basin formation and basis of animal locomotion (www.constructal.org).

Jones said that the differences in body densities between blacks and whites are well-documented, which helps explain other health differences, such as the observation that black women have a lower incidence of osteoporosis than white women because of the increased density of their bones.

Jones notes that cultural issues can play a role in which form of athletic competition someone chooses, and therefore might excel in.

"When I grew up in South Carolina, we were discouraged from swimming," said Jones, who is black. "There wasn't nearly as much encouragement for us as young people to swim as there was for playing football or basketball. With the right encouragement, this doesn't always have to be the case – just look at the Williams sisters in tennis or Tiger Woods in golf."

This analysis was supported by the National Science Foundation.

For speediest athletes, it's all in the center of gravity 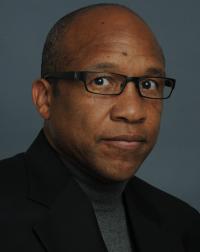