The first genome-scale model for predicting the functions of genes and gene networks in a grass species has been developed by an international team of researches that includes scientists with the U.S. Department of Energy (DOE)'s Joint BioEnergy Institute (JBEI), a multi-institutional partnership led by Lawrence Berkeley National Laboratory (Berkeley Lab). Called RiceNet, this systems-level model of rice gene interactions should help speed the development of new crops for the production of advanced biofuels, as well as help boost the production and improve the quality of one of the world's most important food staples.

"With RiceNet, instead of working on one gene at a time based on data from a single experimental set, we can predict the function of entire networks of genes, as well as entire genetic pathways that regulate a particular biological process," says Pamela Ronald, a plant geneticist who holds joint appointments with JBEI, where she directs the grass genetics program, and with the University of California (UC) Davis, where she is a professor in the Department of Plant Pathology and at The Genome Center. "RiceNet represents a systems biology approach that draws from diverse and large datasets for rice and other organisms."

Rice is staple food for half the world's population and a model for monocotyledonous species – one of the two major groups of flowering plants. Rice is especially useful as a model for the perennial grasses, such as Miscanthus and switchgrass, that have emerged as prime feedstock candidates for the production of clean, green and renewable cellulosic biofuels.

Given the worldwide importance of rice, a network modeling platform that can predict the function of rice genes has been sorely needed. However, until now the high number of rice genes– in excess of 41,000 compared to about 27,000 for Arabidopsis, a model for the other major group of flowering plants – along with several other important factors, has proven to be too great a challenge.

Ronald is the corresponding author of a paper in the Proceedings of the National Academy of Sciences (PNAS) that describes how JBEI researchers, working with researchers at the University of Texas in Austin, and Yonsei University in Seoul, Korea, overcame the challenge and developed a network that encompasses nearly half of all rice genes. The paper is titled "Genetic dissection of the biotic stress response using a genome-scale gene network for rice."

"RiceNet builds upon 24 publicly available data sets from five species as well as an earlier mid-sized network of 100 rice stress response proteins that my group constructed through protein interaction mapping," Ronald says. "We have conducted experiments that validated RiceNet's predictive power for genes involved in the rice innate immune response."

Ronald and her team also showed that RiceNet can accurately predict gene functions in another important monocotyledonous crop species, maize.

A RiceNet Website is now available that allows researchers from all over the world to use it. At JBEI, RiceNet will be used to identify genes that have not previously been known to be involved in cell wall synthesis and modification. JBEI researchers are looking for ways to increase the accessibility of fermentable sugars in the cell walls of feedstock plants.

"The ability to identify key genes that control simple or complex traits in rice has important biological, agricultural, and economic consequences," Ronald says. "RiceNet offers an attractive and potentially rapid route for focusing crop engineering efforts on the small sets of genes that are deemed most likely to affect the traits of interest."

This research was supported in part by JBEI through the DOE Office of Science.

JBEI is one of three Bioenergy Research Centers established by the DOE's Office of Science in 2007. It is a scientific partnership led by Berkeley Lab and includes the Sandia National Laboratories, the University of California campuses of Berkeley and Davis, the Carnegie Institution for Science, and the Lawrence Livermore National Laboratory. DOE's Bioenergy Research Centers support multidisciplinary, multi-institutional research teams pursuing the fundamental scientific breakthroughs needed to make production of cellulosic biofuels, or biofuels from nonfood plant fiber, cost-effective on a national scale.

DOE's Office of Science is the single largest supporter of basic research in the physical sciences in the United States, and is working to address some of the most pressing challenges of our time. For more information, please visit the Office of Science website at http://science.energy.gov/ 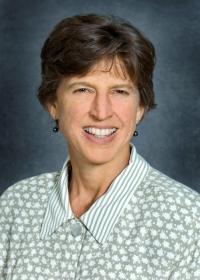