New findings published by researchers at the New York University Polytechnic School of Engineering are helping to unravel the complex interplay between alcohol and social behavior and may lead to new therapies for mitigating the negative impacts of alcohol use and abuse. Their experiments, published in the current issue of Alcohol: Clinical and Experimental Research, center not on patrons at a local happy hour, but on far simpler creatures: zebrafish.

A team led by Maurizio Porfiri, associate professor of mechanical and aerospace engineering and director of the school's Dynamical Systems Laboratory, overturned the traditional experimental paradigm for alcohol-related studies, in which all subjects are exposed and their behavior and movements analyzed. Instead, the NYU School of Engineering researchers devised an original method that would allow for detailed tracking of a single, alcohol-exposed zebrafish amid a school of "sober" peers.

They posited that an individual's response to alcohol would vary based on the presence or absence of unexposed peers. What they did not anticipate, however, was the remarkable effect the alcohol-exposed fish would have on unexposed shoalmates.

Porfiri and his colleagues designed an experimental procedure in which a single zebrafish was exposed to four concentrations of ethanol in water, ranging from zero to high. (This is called acute exposure and poses no harm to the fish.) Following exposure, the fish was released into a group of untreated zebrafish. To the researchers' knowledge, this is the first experiment to allow ethanol-exposed and untreated zebrafish to swim freely together. A custom tracking algorithm developed by the team allowed the researchers to follow for the first time individual fish throughout the experiment as well as analyze group behavior.

In Porfiri's trials, the single exposed zebrafish showed changes in locomotion when observed alone consistent to those predicted by independent studies in the past. In a group setting, however, the zebrafish behavior was remarkably different: Fish exposed to intermediate or high alcohol concentrations nearly doubled their swimming speeds, suggesting that the presence of peers had a substantial impact on social behavior under the influence of alcohol.

Most remarkably, the unexposed fish also modulated their behavior and swimming speeds differentially in the presence of a shoalmate exposed to different levels of alcohol.

"These results were very surprising," explained Porfiri. "It is clear that the untreated fish were matching the swimming speed of the alcohol-exposed fish, and this correlation was especially strong at an intermediate level of alcohol exposure. At very high or low levels, the influence decreases."

Porfiri believes that one explanation for the high-speed swimming of the exposed individual may be hyper-reactivity to an enriched environment—the tank containing shoalmates. Alcohol has also been shown to decrease inhibitory behavior in zebrafish. The increased speed may therefore also reflect a heightened interest in interacting with shoalmates. Regardless, this deviation from expected behavior is highly significant, as it points to the ability of social stimuli (the untreated shoalmates) to change an individual's response to alcohol.

The ability of alcohol-exposed zebrafish to influence untreated shoalmates may constitute a form of leadership, but researchers caution that aggressive, risk-taking behaviors—common under the disinhibitory effects of alcohol— may resemble leadership behavior patterns in this species.

"This research integrates rigorous principles from engineering and biology to develop an experiment that sheds light on the complex interactions among individuals in a group, their individuality and their collective behavior," said Massimo Ruzzene, NSF program director for the Division of Civil, Mechanical and Manufacturing Innovation. "Analysis of complex dynamical systems is an important area of research. An understanding of complex systems, ranging from smart robots that assist in surgery to manufacturing enterprises and emergency response teams, is integral to our ability to respond effectively to emerging challenges and opportunities."

Porfiri and his team believe that the methodology developed for these experiments holds tremendous promise for future studies on the social determinants of individual responses to alcohol. By dissociating sociality from exposure, the researchers were able to study, for the first time in this species, how the impact of alcohol on behavior can be shaped by social environments. Future studies will focus on determining the degree to which social influence exerted by exposed or unexposed individuals is affected by group size.

Ultimately, the researchers hold that this line of inquiry may advance understanding of how social interactions magnify or mitigate negative effects of alcohol abuse, such as destructive behavior, and could lead to therapies to reduce the same.

This research was supported by grants from the National Science Foundation. The paper, entitled "Sociality Modulates the Effects of Ethanol in Zebrafish," appears at http://onlinelibrary.wiley.com/doi/10.1111/acer.12432/abstract.

The NYU Polytechnic School of Engineering dates to 1854, when the NYU School of Civil Engineering and Architecture as well as the Brooklyn Collegiate and Polytechnic Institute (widely known as Brooklyn Poly) were founded. Their successor institutions merged in January 2014 to create a comprehensive school of education and research in engineering and applied sciences, rooted in a tradition of invention, innovation and entrepreneurship. In addition to programs at its main campus in downtown Brooklyn, it is closely connected to engineering programs in NYU Abu Dhabi and NYU Shanghai, and it operates business incubators in downtown Manhattan and Brooklyn. For more information, visit http://engineering.nyu.edu. 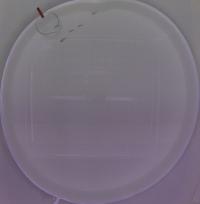 Testing How Alcohol Affects the Group