SAN FRANCISCO, CA—December 19, 2013—Research led by scientists at the Gladstone Institutes has identified the precise chain of molecular events in the human body that drives the death of most of the immune system's CD4 T cells as an HIV infection leads to AIDS. Further, they have identified an existing anti-inflammatory drug that in laboratory tests blocks the death of these cells—and now are planning a Phase 2 clinical trial to determine if this drug or a similar drug can prevent HIV-infected people from developing AIDS and related conditions.

Two separate journal articles, published simultaneously today in Nature and Science, detail the research from the laboratory of Warner C. Greene, MD, PhD, who directs virology and immunology research at Gladstone, an independent biomedical-research nonprofit. His lab's Science paper reveals how, during an HIV infection, a protein known as IFI16 senses fragments of HIV DNA in abortively infected immune cells. This triggers the activation of the human enzyme caspase-1 and leads to pyroptosis, a fiery and highly inflammatory form of cell death. As revealed in the Nature paper, this repetitive cycle of abortive infection, cell death, inflammation and recruitment of additional CD4 T cells to the infection "hot zone" ultimately destroys the immune system and causes AIDS. The Nature paper further describes laboratory tests in which an existing anti-inflammatory inhibits caspase-1, thereby preventing pyroptosis and breaking the cycle of cell death and inflammation.

"Gladstone has made two important discoveries, first by showing how the body's own immune response to HIV causes CD4 T cell death via a pathway triggering inflammation, and secondly by identifying the host DNA sensor that detects the viral DNA and triggers this death response," said Robert F. Siliciano, MD, PhD, a professor of medicine at Johns Hopkins University, and a Howard Hughes Medical Institute investigator. "This one-two punch of discoveries underscores the critical value of basic science—by uncovering the major cause of CD4 T cell depletion in AIDS, Dr. Greene's lab has been able to identify a potential new therapy for blocking the disease's progression and improving on current antiretroviral medications."

The research comes at a critical time, as so-called AIDS fatigue leads many to think that HIV/AIDS is solved. In fact, HIV infected an additional 2.3 million people last year, according to UNAIDS estimates, bringing the global total of HIV-positive people to 35.3 million. Antiretroviral medications (ARVs) can prevent HIV infections from causing AIDS, but they do not cure AIDS. Further, those taking ARVs risk both a latent version of the virus, which can rebound if ARVs are discontinued, and the premature onset of diseases that normally occur in aging populations. Plus, some 16 million people who carry the virus do not have access to ARVs, according to World Health Organization estimates.

Seeking solutions for all these challenges, the new Gladstone discovery builds on earlier research from Dr. Greene's lab, published in Cell in 2010. This study showed how HIV attempts, but fails, to productively infect most of the immune system's CD4 T cells. In an attempt to protect the body from the spreading virus, these immune cells then commit "cellular suicide," leading to the collapse of the immune system—and AIDS.

After that research, the Gladstone scientists began to look for ways to prevent this process by studying exactly how the suicidal response is initiated. Working in the laboratory with human spleen and tonsil tissue, as well as lymph-node tissue from HIV-infected patients, the researchers found that these so-called abortive infections leave fragments of HIV's DNA in the immune cells. As described in Nature, pyroptosis ensues as immune cells rupture and release inflammatory signals that attract still more cells to repeat the death cycle.

"Our studies have investigated and identified the root cause of AIDS—how CD4 T cells die," said Gladstone Staff Research Investigator Gilad Doitsh, PhD, who is the Nature paper's lead author, along with Nicole Galloway and Xin Geng, PhD. "Despite some 30 years of HIV research, this key HIV/AIDS process has remained pretty much a black box."

Once the scientists discovered this key process, as described in Nature, they began to investigate how the body senses the fragments of HIV's DNA in the first place, before alerting the enzyme caspase-1 to launch an immune response in the CD4 T cells. To identify the so-called DNA sensor, the scientists found a way to genetically manipulate CD4 T cells in spleen and tonsil tissue. In doing so, they discovered that reducing the activity of a protein known as IFI16 inhibited pyroptosis, explained Zhiyuan Yang, PhD, a Gladstone postdoctoral fellow who is one of the paper's two lead authors.

"This identified IFI16 as the DNA sensor, which then sends signals to caspase-1 and triggers pyroptosis," says Kathryn M. Monroe, PhD, the Science paper's other lead author, who completed the research while a postdoctoral fellow at Gladstone. "We can't block a process until we understand all of its steps—so this discovery is critical to devising ways to inhibit the body's own destructive response to HIV. We have high hopes for the upcoming clinical trial."

The Phase 2 trial—which will test an existing anti-inflammatory's ability to block inflammation and pyroptosis in HIV-infected people—promises to validate a variety of expected advantages to this therapy. For example, by targeting the human body, or host, instead of the virus, the drug is likely to avoid the rapid emergence of drug resistance that often plagues the use of ARVs. The anti-inflammatory may also provide a bridge therapy for the millions without access to ARVs, while also reducing persistent inflammation in HIV-infected people already on ARVs. Many suspect this inflammation drives the early onset of aging-related conditions such as dementia and cardiovascular disease. By reducing inflammation, the drug might also prevent expansion of a reservoir of latent virus that hides in the body where it thwarts a cure for HIV/AIDS.

"This has been an absolutely fascinating voyage of discovery," said Dr. Greene, who is also a professor of medicine, microbiology and immunology at the University of California, San Francisco, with which Gladstone is affiliated. "Every time we turned over an 'experimental rock' in the studies, a new surprise jumped out."

About the Gladstone Institutes

Gladstone is an independent and nonprofit biomedical-research organization dedicated to accelerating the pace of scientific discovery and innovation to prevent, treat and cure cardiovascular, viral, immune and neurological diseases. Gladstone is affiliated with the University of California, San Francisco. 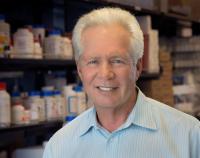