Funding for the three-year project comes from the Congressionally Directed Medical Research Programs, a partnership between the U.S. Congress, military and public to fund groundbreaking, high-impact medical research.

Until recently, he said, the underlying brain mechanisms had been poorly understood and no meaningful solutions had been developed to address the problem.

The new project builds on studies by the WSU team that looked at the effects of sleep deprivation on the different cognitive processes involved in decision-making. Results suggested that sleep loss affects cognitive processes in different ways. For example, working memory was relatively unaffected by sleep deprivation, whereas sustained attention (the ability to focus on a task for an extended period of time) declined substantially.

One important discovery was that sleep deprivation causes people to have trouble acting on new information that signals changes in the situation they are dealing with. Although their brain perceives the information, it doesn't come through as important to the task at hand. This leads people to try to remedy the situation without changing their behavior, even though their actions no longer have the desired effect.

The discovery of this "feedback blunting" phenomenon led the team to the idea of using cognitive flexibility training to help overcome the problem.

The WSU team - which includes psychology researchers Paul Whitney and John Hinson, from the College of Arts and Sciences, and Kimberly Honn and Matt Layton, College of Medicine faculty - will design a cognitive flexibility training program geared toward optimizing participants' situational awareness and minimizing decision errors.

90 will participate in study

The researchers will test the effectiveness of their training approach in a laboratory-based sleep deprivation experiment during which 60 study participants will be kept awake for 38 hours. Half will receive the cognitive flexibility training and half will not. Another 30 participants will form a control group that will receive the cognitive flexibility training but will not be sleep deprived.

Throughout the experiment, participants will complete computer-based performance tasks specifically designed to measure cognitive functioning in high-pace, complex situations. Data from the experiment will be analyzed to determine whether those who were sleep deprived after receiving the training performed better than those who were sleep deprived but did not receive the training.

In addition, the research team will look at the extent to which the training is as effective in sleep-deprived participants as compared to the well-rested participants in the control group.

"With the solution we're proposing, we now - for the first time - have a fighting chance of getting a handle on this problem that the military and many others have been struggling with for so long," said Van Dongen. 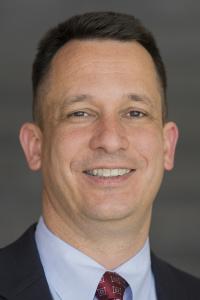