ST. PETERSBURG, RUSSIA (7 August 2010)—As the fate of Europe's largest collection of fruit and berries hangs in the balance of a Russian court decision, the Global Crop Diversity Trust issued an urgent appeal for the Russian government to embrace its heroic tradition as protector of the world's crop diversity and halt the planned destruction of an incredibly valuable crop collection near St. Petersburg. Pavlovsk Experiment Station is the largest European field genebank for fruits and berries, and is part of the N.I. Vavilov Research Institute of Plant Industry, where Russian scientists famously starved to death rather than eat the seeds under their protection during the 900-day siege of Leningrad during World War II.

At issue is an effort by residential real estate developers to build houses on land occupied by Pavlovsk Station. The take-over would involve bulldozing Pavlovsk's field collections amassed over the last century—collections that contain thousands of varieties of apples, strawberries, cherries, raspberries, currants and other crops—90 percent of which are not found anywhere else in the world.

"It is a bitter irony that the single most deliberately destructive act against crop diversity, at least in my lifetime, could be about to happen in Russia of all places—the country that invented the modern seed bank," said Cary Fowler of the Global Crop Diversity Trust, which aims to ensure the conservation and availability of crop diversity for food security worldwide and supports the operations of the Svalbard Global Seed Vault in the Arctic Circle.

The fate of the Pavlovsk Station is now in the hands of the courts, and the case is due to be heard on August 11th. If, as feared, the court rules in favor of the property developers, and the Russian government does not intervene, Fyodor Mikhovich, the director of the station, predicts bulldozers will be on-site within three to four months, and then, in a few days, destroy almost a century of work and an irreplaceable biological heritage.

"Throughout the 20th century, Russia taught the world about the importance of crop collections for the future of agriculture," Fowler added. "This casual decision to destroy Pavlovsk Station would forever tarnish a cause that generations of Russian plant scientists have lived and, quite literally, died, to protect."

The Pavlovsk Station was established in 1926 by Nikolai Vavilov, the man credited with creating the concept of seed banks as repositories of crop diversity that could be used to breed new varieties in response to threats to food production.

During the Siege of Leningrad in World War II, 12 Russian scientists starved to death while protecting the diversity amassed by Vavilov, even though the seeds of rice, peas, corn, and wheat that they were protecting could have easily sustained them.

Vavilov himself was persecuted for his views on plant genetics and died of malnutrition in prison in 1943. But Russia later renounced his treatment and has since treated Vavliov as a hero. Today, the N.I. Vavilov Research Institute of Plant Industry remains one of the world's most important conservers of crop diversity.

Pavlovsk Station is a key part of Vavilov's legacy to Russia and the world. The field bank was built up initially by collecting local varieties from around European Russia, Siberia and the Far East, as well as accessions collected in the late 19th and early 20th centuries by plant scientists and botanists. After World War II, Pavlovsk Station continued efforts to collect unique crop diversity from all over the world, including samples of apple trees from 35 countries; strawberry from 40 countries; black currant from 30 countries; plum and cherry plum from 12 countries; and honeysuckle from Russia and Canada.

Today, the hundreds of hectares of fields at Pavlovsk Station contain more than 5,000 varieties, including 1,000 varieties of strawberries alone. Its crop collections are thought to possess a host of traits that could be crucial to maintaining productive fruit harvests in many parts of the world as climate change and a rising tide of disease, pests, and drought weaken the varieties farmers are now growing.

Emile Frison, Director General of Bioversity International, an international agricultural research centre, pointed to the importance of the collection for nutrition. "Our research with scientists in Russia and Luxembourg has shown that some of the varieties at Pavlovsk are incredibly rich in chemicals that can help protect people against the growing threats of heart disease, cancers, and Type 2 diabetes," Frison said.

As Pavlovsk is predominantly a field collection, it cannot simply be moved. Fowler and other experts estimate that even if another site were available nearby—and there is not one—it would take many years to relocate. There are efforts underway to craft an emergency relocation plan, but technical and logistical challenges make it unlikely that more than a small fraction of the collection could be transferred. For example, the most suitable sites for relocation are likely outside of Russia, raising complicated legal questions and quarantine issues that accompany any effort to move plant materials across national borders.

In a bit of Kafkaesque logic, the property developers maintain that because it contains a "priceless collection," no monetary value can be assigned to Pavlovsk Station, so, therefore, it is essentially worthless. Furthermore, the Federal Fund of Residential Real Estate Development has argued that the collection was never officially registered and thus it does not officially exist.

"I would hope that in this, the International Year of Biodiversity, the Russian government will honor its history as a protector of crop biodiversity and a guardian of food security for the future and stop this misguided plan to destroy Pavlovsk," said Fowler.

The mission of the Global Crop Diversity Trust is to ensure the conservation and availability of crop diversity for food security worldwide. Although crop diversity is fundamental to fighting hunger and to the very future of agriculture, funding is unreliable and diversity is being lost. The Trust is the only organization working worldwide to solve this problem, and has already raised over $140 million. For further information, please visit: www.croptrust.org. 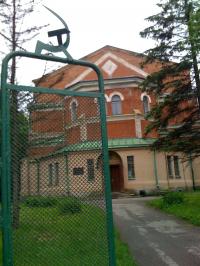 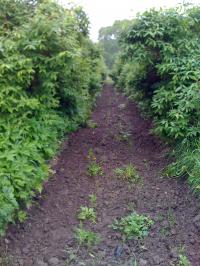 Field of Honeysuckle at Pavlovsk Station