The tiny mouse embryo has a heart that beats. Its muscles, blood vessels, gut and nervous system are beginning to develop. But this embryo is unusual: It was made in a lab, out of mouse embryonic stem cells, and represents the most sophisticated in vitro (in a dish) model of a mammal ever so created.

This new model, developed at the University of Virginia School of Medicine by Christine and Bernard Thisse, is a major step forward in scientists' efforts to mimic the natural development of a mammal by using stem cells. Its existence is a wonder that will help scientists understand mammalian development, battle diseases, create new drugs and, eventually, grow tissues and organs for people in need of transplants.

"We found a way to instruct aggregates of stem cells to initiate embryonic development. In response to this controlled instruction, the aggregates develop into embryo-like entities in a process that recapitulate the embryonic steps one-by-one," explained Christine Thisse, PhD, of UVA's Department of Cell Biology. "What is amazing is that we can get the variety of tissues that are present in an authentic mouse embryo."

Bernard Thisse, PhD, who is also part of the Department of Cell Biology, noted the significance of the advance: "Human organs are made of multiple cell types that originate from different parts of the growing embryo," he said. "The gut, for example, is made from cells that form an hollow tube. Models of this tube in a dish have been made and are called gut organoids. However, this tube is not enough to make a functional gut because this organ contains other components, such as smooth muscles, blood vessels and nerves that control the function of the gut and which are made from cells of a different origins. The only way to have all the variety of cells necessary to the formation of functional organs is to develop systems in which all precursor cells are present. The embryo-like entities we have engineered using stem cells are providing just this."

The Potential of Stem Cells

Stem cells are special cells that can turn into other cell types with specific functions. For example, stem cells turn into our hearts, our brain, our bones, our nerves. So scientists have been eager to harness the potential of stem cells, to put them to work to advance medical research and benefit human patients. But building sophisticated models with multiple cell types has proved incredibly challenging. It is far easier to direct the formation of a single cell type in a dish than to conduct the orchestra needed to have an organism develop as in nature.

The Thisses' new model is notable for its sophistication. It is the first in vitro model of a mammalian embryo with so many tissues to be built from stem cells, the researchers report. Most importantly, those structures are organized as they should be, around the notochord (the precursor of the vertebral column), a defining trait of vertebrate animals. In the Thisses' model, different cells types are woven together elegantly and correctly - a huge achievement.

To accomplish this, the Thisses and their collaborators had to overcome some of the greatest challenges in the stem cell field. Prior models failed to develop properly, or weren't organized correctly, or were plagued by other problems. Using their expertise in developmental biology and building on their previous work using cells from fish embryos (published in the journal Science in 2014), the Thisses solved these problems. The result is the beginnings of a mouse in a dish with properly organized cells and tissues. With the Thisses' model, the notochord is present and accounted for; the digestive tract starts to develop; the heart beats; and, for the first time in vitro, a nervous system develops with the formation of a neural tube.

"This in vitro mouse model shows that we are able to induce cells to execute complex developmental programs in the right succession of steps. Having all the variety of tissues made allows us to hope that the scientific community will be able to build organs with a proper vascularization, innervation and interactions with other tissues," Christine Thisse said. "This is essential to be able one day to produce functional human replacement organs in a dish. This would overcome the shortage of organ for transplants."

The Thisses' new model isn't a complete mouse yet and can't develop into one. Key parts are still missing, such as the anterior part of the brain. For now, the development of the embryoids stops at a time corresponding to middle period of gestation of a mouse embryo. The researchers' real accomplishment is developing an effective approach to creating sophisticated, embryonic-like structures, mimicking the development of a mouse embryo. This advances their field substantially, and it gives scientists more tailored control over stem cells than they have ever known.

"The embryoids we are currently producing lack the anterior brain domains," Bernard Thisse said. "However, with the techniques we have developed, we should be able, at some point, to manipulate molecular signals that control embryo formation, and this should lead generating embryo-like entities containing all tissues and organs including the anterior brain."

"The knowledge we acquired along all our career of developmental biologists served as a starting point for this study in the stem cell field," Christine Thisse said. "This was a big jump for us, but it shows that if you have a solid idea, it can be used to cross barriers and can be developed for other purposes. I say that for students: Nothing is definitive, there is room for knowing more and for solving problems."

"Watching an embryo develop is a marvelous thing to behold," she added. "I am lucky my work led me to contribute to the knowledge of how invertebrate and vertebrate embryos develop, and that using these principles, we were able to produce embryo formation in a dish using stem cells as building bricks." 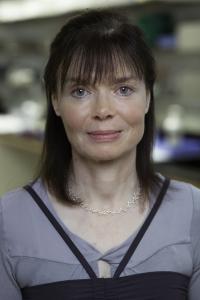 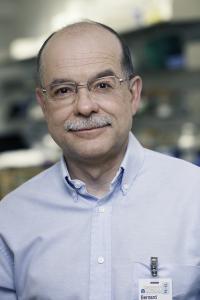