Yamal Peninsula in Siberia has recently become world famous. Spectacular sinkholes, appeared as out of nowhere in the permafrost of the area, sparking the speculations of significant release of greenhouse gas methane into the atmosphere.

What is less known, is that there is a lot of greenhouse gas methane released from the seabed offshore the West Yamal Peninsula. Gas is released in an area of at least 7500 m2, with gas flares extending up to 25 meters in the water column. Anyhow, there is still a large amount of methane gas that is contained by an impermeable cap of permafrost. And this permafrost is thawing.

"The thawing of permafrost on the ocean floor is an ongoing process, likely to be exaggerated by the global warming of the world´s oceans." says PhD Alexey Portnov at Centre for Arctic Gas Hydrate, Climate and Environment (CAGE) at UiT, The Arctic University of Norway.

Portnov and his colleagues have recently published two papers about permafrost offshore West Yamal, in the Kara Sea. Papers look into the extent of permafrost on the ocean floor and how it is connected to the significant release of the greenhouse gas methane.

"Terrestrial Arctic is always frozen, average ground temperatures are low in Siberia which maintains permafrost down to 600-800 meters ground depth. But the ocean is another matter. Bottom water temperature is usually close to or above zero. Theoretically, therefore, we could never have thick permafrost under the sea," says Portnov "However, 20 000 years ago, during the last glacial maximum, the sea level dropped to minus 120 meters. It means that today´s shallow shelf area was land. It was Siberia. And Siberia was frozen. The permafrost on the ocean floor today was established in that period.

Last glacial maximum was the period in the history of the planet when ice sheets covered significant part of the Northern hemisphere. These ice sheets profoundly impacted Earth's climate, causing drought, desertification, and a dramatic drop in sea levels. Most likely the Yamal Peninsula was not covered with ice, but it was exposed to extremely cold conditions.

When the ice age ended some 12 000 years ago, and the climate warmed up, the ocean levels increased. Permafrost was submerged under the ocean water, and started it´s slow thawing. One of the reasons it has not thawed completely so far, is that bottom water temperatures are low, some - 0,5 degrees . That could very well change.

A fragile seal that is leaking

It was previously proposed that the permafrost in the Kara Sea, and other Arctic areas, extends to water depths up to 100 meters, creating a seal that gas cannot bypass. Portnov and collegues have found that the West Yamal shelf is leaking, profoundly, at depths much shallower than that.

Significant amount of gas is leaking at depths between 20 and 50 meters. This suggests that a continuous permafrost seal is much smaller than proposed. Close to the shore the permafrost seal may be few hundred meters thick, but tapers off towards 20 meters water depth. And it is fragile.

"The permafrost is thawing from two sides. The interior of the Earth is warm and is warming the permafrost from the bottom up. It is called geothermal heat flux and it is happening all the time, regardless of human influence. " says Portnov.

Portnov used mathematical models to map the evolution of the permafrost, and thus calculate its degradation since the end of the last ice age. The evolution of permafrost gives indication to what may happen to it in the future.

If the bottom ocean temperature is 0,5°C, the maximal possible permafrost thickness would likely take 9000 years to thaw. But if this temperature increases, the process would go much faster, because the thawing also happens from the top down.

"If the temperature of the oceans increases by two degrees as suggested by some reports, it will accelerate the thawing to the extreme. A warming climate could lead to an explosive gas release from the shallow areas."

"Gas hydrates normally form in water depths over 300 meters, because they depend on high pressure. But under permafrost the gas hydrate may stay stable even where the pressure is not that high, because of the constantly low temperatures."

Gas hydrates contain huge amount of methane gas, and it is destabilization of these that is believed to have caused the craters on the Yamal Peninsula. 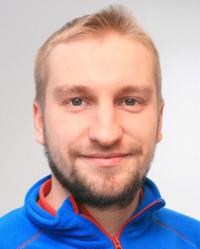