The international research team of scientists, art conservators and curators used the portable instruments and a robust database of alloy "fingerprints" to non-invasively analyze a priceless group of 39 bronzes (cast between 1905 and 1959) and 11 painted sheet metal sculptures (from the 1960s) in the Musee national Picasso-Paris' collection.

The researchers were able to trace five bronzes cast in Paris during World War II to the foundry of Emile Robecchi, a lesser-known collaborator of Picasso's. They also discovered Robecchi's alloy compositions varied significantly during 1941 and 1942, likely reflecting the challenging circumstances of the Nazi occupation of Paris. In their study of Picasso's cast-iron sheet metal sculptures, the researchers are the first to report the use of silver for facial features in a work inspired by one of his wives.

Francesca Casadio, the Grainger Executive Director of Conservation and Science at the Art Institute and co-director of NU-ACCESS, will discuss the findings at a Feb. 17 press briefing at the American Association for the Advancement of Science (AAAS) annual meeting in Austin, Texas. The briefing, "Technology Peers Into Picasso's Art," will be held at 9 a.m. CST in Room 6, Level 3, of the Austin Convention Center.

[EDITOR'S NOTE: A separate study of Picasso's art and methods will be discussed at the same press briefing. Marc Walton, co-director of NU-ACCESS and a materials scientist at Northwestern, will talk about a study of Picasso's Blue Period painting "La Miséreuse accroupie" (The Crouching Woman, 1902). Using a scanning elemental analyzer developed by the center, the researchers uncovered buried images with connections to other works by Picasso as well as another painting -- likely by another Barcelona painter -- whose forms Picasso used to inform some parts of his own final composition.]

"Our project highlights the value of cutting-edge scientific tools and international collaborations in advancing discoveries in art," Casadio said. "It was exciting to partner with Virginie Perdrisot, curator of the Musee national Picasso-Paris, to unlock the material composition and technical details of Picasso's creative process. We now can begin to write a new chapter in the history of this prolific giant of modern art."

The NU-ACCESS team included Casadio and three scientists from Northwestern. Emeline Pouyet, a materials scientist and NU-ACCESS postdoctoral fellow, created the diagram of bronze compositions over which Picasso's production could be mapped. With their portable instruments, which use X-ray fluorescence spectrometry, the researchers could easily analyze the priceless objects in the museum galleries and in storage, without the need to move them.

Using non-invasive analysis of elements at a work's surface, NU-ACCESS has amassed the world's largest art database of alloy "fingerprints" for early 20th-century fine arts bronzes. More than a decade in the making, the database includes data on 350 works of art by the leading artists that came to Paris from all over the world to achieve the finest casts of their bronzes. This data is key to NU-ACCESS's "elemental fingerprinting" technique.

The researchers used this technique to analyze the alloys in the Picasso bronzes for clues about how, when and where they were cast.

Scientific analysis of the metal alloys of the bronze sculptures, coupled with recently discovered archival information, revealed that five of Picasso's 1941 and 1942 casts without a foundry mark were made by Robecchi's foundry. One of these sculptures is "Head of a Woman, in Profile" (modeled 1931, cast 1941).

The study provides provenance for these works and helps define the activities of Picasso and the Robecchi foundry during war times. (For the bronzes cast in the 1940s by Robecchi, Picasso first modeled the works in the 1930s in plaster.)

"In the context of increased material studies of Picasso's painting practices, our study extends the potential of scientific investigations to the artist's three-dimensional productions," Pouyet said. "Material evidence from the sculptures themselves can be unlocked by scientific analysis for a deeper understanding of Picasso's bronze sculpture-making process and the history of artists, dealers and foundrymen in the production of modern sculpture."

The researchers also discovered that in this short two-year period during World War II, the composition of the alloy used by Robecchi varied significantly -- possibly because of the scarcity of raw metals, German appropriation of non-ferrous metals for the war efforts and re-use of scrap metal from brass objects of ordinary use. This work was done in partnership with the Musee national Picasso-Paris staff and Clare Finn, a private conservator in London and an expert on the dynamics of fine arts castings during World War I and World War II.

Picasso made a relatively small number of sculptures (approximately 700, roughly one-sixth of his output in paintings) and issued few numbered editions of his bronzes, Casadio said. The circumstances of much of his early production as well as that of the sculptures cast during World War II have been unclear. Many of the bronzes analyzed by the NU-ACCESS team are unique casts.

In its analysis of Picasso's sheet metal sculptures, the research team is the first to discover the use of the precious metal silver to render the details of the hair, eyes and other facial features on the cast-iron sheet, polychrome sculpture titled "Head of a Woman" (late 1962). The artist's second wife, Jacqueline Roque, inspired the piece.

Analysis also sheds light on the productive relationship of Picasso with craftsmen in a workshop in the south of France. For this project, Ludovic Bellot-Gurlet, a molecular spectroscopist in Paris who has developed a mobile lab for paint and pigment analysis, worked side by side with NU-ACCESS scientists and their elemental analysis tools. They figuratively peeled back layers of paint to uncover what paintwork was done by Picasso to the sheet metal sculptures and what was applied by the workshop.

In addition to the press briefing, Casadio also will discuss the findings at 2 p.m. CST Feb. 17 in Room 17B of the Austin Convention Center. Her presentation, "Analyzing Picasso: Recent Breakthroughs Thanks to Mobile Instrumentation," is part of a scientific session co-organized by Casadio and Walton called "Analyzing Picasso: Scientific Innovation, Instrumentation and Education." Casadio will be joined at the session by two Northwestern speakers discussing different aspects of Picasso's work. (See details below).

This major project with the Musee national Picasso-Paris was made possible through NU-ACCESS, which is supported by the Andrew W. Mellon Foundation. The center's mission is to provide scientific support for the investigation of art collections, to develop new technology to look at art and to research new methods to conserve art for future generations.

Other NU-ACCESS projects have included studies of the works of Paul Gauguin, Pierre-Auguste Renoir, Henri Matisse, Winslow Homer, George Seurat and Mary Cassatt. Most recently, the center spearheaded a study by scientists and Northwestern students of a series of mummy portraits produced in Egypt during the Roman period and a complete intact 1,900-year-old young girl portrait mummy. 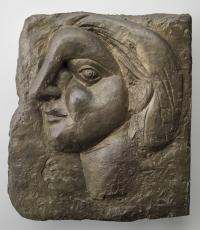 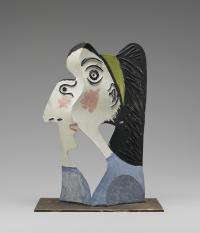