BLOOMINGTON, Ind. -- Faculty members from the Indiana University School of Public Health-Bloomington and the school's Center for Sexual Health Promotion recently published a paper in the Journal of Sex & Marital Therapy focused on addressing gaps in scientific understanding of women's sexual pleasure. The study findings, from the research team's OMGYES Pleasure Report: Women and Touch, focused on orgasm and sexual pleasure as related to genital touch and stimulation.

"There had been little known at the population level about detailed aspects of women's sexual pleasure and orgasm," said Debby Herbenick, lead author of the study and professor at the IU School of Public Health-Bloomington. "Most previous studies utilized clinical, college and convenience samples. We worked to change that with this research and provide data surveying a U.S. nationally representative probability sample of adult women."

Herbenick and her research team, including Brian Dodge, associate professor in the IU School of Public Health-Bloomington, conducted the OMGYES Sexual Pleasure Report: Women and Touch with a focus on discovering a greater understanding of women's sexual pleasure and orgasm.

"The study results challenge the mistaken, but common, notion that there are universal 'sex moves that work' for everyone," said Dodge. "On the other hand, the data also make clear that there are certain styles of touch that are more commonly preferred by women, emphasizing the value of studying sexual pleasure - and not just sexual problems."

The study found that the more than 1,000 women, ages 18 to 94, surveyed reported a diverse set of preferences for genital touch, location, pressure, shape and pattern. Further, 41 percent of women preferred just one specific style of touch, underscoring the value of couples having conversations about their preferences and desires.

This study provides the first U.S. nationally representative data on pathways to orgasm during intercourse, noting that nearly 75 percent of women reported that clitoral stimulation was either necessary for their intercourse-orgasms, or helped their orgasms feel better, while 18 percent noted that vaginal penetration alone was sufficient for orgasm.

Women's sexual health is one of several research areas focused on within the IU School of Public Health's Center for Sexual Health Promotion. The center, which is a collaborative of sexual health scholars from across the campuses of Indiana University and strategic partner academic institutions, also continually researches community based participatory research and sexual health, reproductive health, men's sexual health, health and well-being among sexual and gender minority communities, and global sexual health.

The IU School of Public Health-Bloomington is reimagining public health through a comprehensive approach that enhances and expands disease prevention and reshapes how parks, tourism, sports, leisure activities, physical activity and nutrition impact and enhance wellness. Unique in the nation, the school's multidisciplinary approach, history of community engagement and emerging strengths in epidemiology, biostatistics and environmental health bring new vigor and energy to the traditional concept of a school of public health.

OMGYES is a research company that partners with scientists to fill the gap in scientific and public understanding of sexual pleasure. It also operates a website, OMGYES.com, to get the study findings to the public in relatable and refreshingly frank videos. They're currently studying the ways sexual pleasure changes during menopause as well as during pregnancy and postpartum. 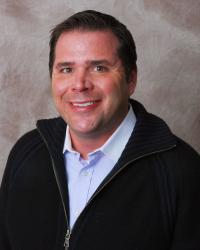