Parts of tumor tissue, which is normally discarded in cancer surgery, bear information about the disease. So far, as studies at the University of Gothenburg show, this has been unexploited. This research forms the basis for a new experimental platform for cancer diagnostics, prognoses and testing cancer drugs.

The study published by the research group to date, in the journal Biomaterials, relates to breast cancer. Ongoing studies of colon, ovarian and other cancers also show positive results for the new technological platform and strategy.

In traditional cancer diagnostics, tumor cells in the extracted tissue are the targets of investigation. Depending on the form of cancer involved, more or less extensive molecular analyses and investigations of prognostic markers are performed.

For the patients with breast cancer in the current study, this was carried out routinely. The scientists then proceeded to apply the new technology, in cases where tumor tissue that had been removed was still available for them to analyze. Instead of looking at tumor cells, they studied the supporting structure (the "extracellular matrix", ECM). This is composed partly of protein fibers around the cells and determining the structure of the tissue, like a kind of scaffold for tumor cells.

Anders Stahlberg, Associate Professor of Molecular Medicine, is one of the two people primarily responsible for the study and platform.

"Normally," he says, "we investigate tumor cells and get rid of the rest. Here, we do the reverse. What we look at are the extracellular matrices, and early on we found major differences among tumors from different patients. These differences were discoverable only from analyses of the ECMs."

The scientists were able, for instance, to predict the risk of a recurrence of breast cancer, by studying the properties of the ECMs in various patients' tissues. This was done by allowing cancer cell lines to grow in the matrices and then analyze how the scaffold affects them.

Goran Landberg, Professor of Pathology, is the other driving force for the research.

"Our results have clear connections with clinical parameters, such as how aggressive a tumor is. We're now working on finding out which parts of the ECMs affected specific cancer-specific properties. The technology works, and we've been able to show that this is a superb experimental platform with major clinical potential," he says.

Besides diagnostics and prognoses for the course of a cancer disease, the scientists see drug testing as an important area for the new platform. A drug candidate can then be tested in several individuals' surgically removed tissue, to explore its potential efficacy in various patients with cancer.

The purpose of the model is to ascertain which patients will benefit from a treatment before it is commenced. Another advantage is that the use of animal testing can decrease.

Goran Landberg and Anders Stahlberg belong to Sahlgrenska Academy, University of Gothenburg, and the Wallenberg Centre for Molecular and Translational Medicine. A key partner in the study is the state-owned Rise, Research Institutes of Sweden AB. 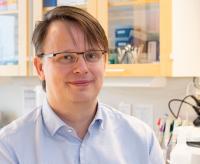