MORGANTOWN, W.Va.--If someone joins a church, mosque or synagogue, they may be seeking better emotional or spiritual health. But according to research out of West Virginia University, faith communities have the potential to promote physical wellbeing, as well.

A new study led by Angel Smothers, Stephanie Young and Elizabeth Morrissey--researchers with the WVU School of Nursing--and James Thomas from the School of Medicine's Division of Exercise Physiology suggests that healthcare providers who work directly with a faith community can help congregants stick with an exercise program.

Their results appear in the Journal of Interprofessional Education and Practice.

"Even in Biblical texts, there were always caregivers who cared for people within early congregations, so it's not a new idea," said Smothers, a clinical associate professor in the Department of Family/Community Health. "But a health ministry program can be from any faith background. It's not just a Christian concept.

Regardless of the range of beliefs that different faith communities may subscribe to, the goal of any faith-community healthcare provider is the same: to uncover and address congregation-specific health needs.

The study involved 14 participants who were members of a Christian congregation.

When the study began in 2018, the participants completed surveys to identify their current exercise habits, describe their general outlook on personal health and pinpoint what--if anything--made adherence to an exercise program difficult.

After being guided through a 12-week program of exercise, health education and devotional discussions, they took the surveys again. The participants tended to report more favorable responses regarding whether they had time to exercise and whether they needed more time to sleep or catch up on rest. They also reported improved comfort with exercise on a regular basis.

These results suggest that the program encouraged better time management, provided the participants with more energy or did both.

That's especially important because the Centers for Disease Control and Prevention lists lack of time and energy as a common barrier to physical activity.

Health ministry programs may offer one way to improve the longevity of exercise programs.

"We know that when people have social support, they're more likely to engage in activities like these," said Young, a clinical assistant professor and PhD student in the Department of Family/Community Health. "The little research into faith-community nursing that's out there is showing that a spiritual component can be a motivator. If people believe they can serve God better by being healthier--if they believe that God wants them to take care of themselves--then that can be even more internal motivation."

For the 12-week study period, the participants attended two hour-long meetings in their church gym twice per week.

The first hour consisted of an exercise routine that researchers with the School of Medicine's Division of Exercise Physiology developed. The exercises took participants' safety and physical abilities into account. For example, participants with mobility issues might be assigned activities they could perform while seated, rather than being asked to walk laps around the gym.

During the second hour, participants discussed health-related matters with the faith-community nurse, who kept tabs on their health, checked their vitals and answered questions about their medications, their symptoms and ways to preserve their health.

"You know, we had young people whose blood pressures were high, and they had no idea until we checked," Smothers said.

"It was multidimensional in that some people would come and walk a little, but what they really enjoyed was the devotional and educational piece," Smothers said. "Some people wouldn't feel like walking at all, but they would still come get their blood pressure checked and stay for the education and devotional.

Once someone has formed a new walking habit--or made another physical activity part of their routine--the benefits can be numerous. As the CDC reports, they tend to lose weight; lower their blood pressure; reduce their risk of cardiovascular disease, heart attack, stroke, diabetes and some forms of cancer; and alleviate symptoms of depression and anxiety.

In this case, the program proved so popular that it continued beyond the 12 weeks that the study encompassed. It lasted for more than a year and a half, until COVID brought it to an end.

"This project was just one example of how a partnership between faith-community nurses and professionals from another discipline--which, for us, was exercise physiology--can really turn into meaningful pockets of access to care," Smothers said. "Because that's really what this was. It's definitely something that can be done grassroots, by meeting people right where they are." 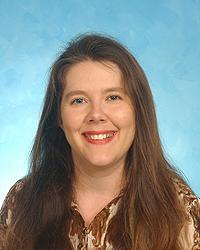 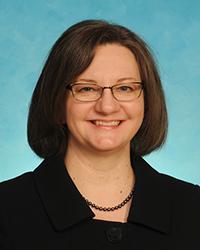