Biofuel is often touted as a clean fuel, but the fact that it is made using food sources is a major drawback. To address this issue, there has been continuous research on the development of second-generation biofuels using lignocellulosic biomass.

The Korea Institute of Science and Technology (KIST, President Lee Byung-Gwon) recently announces that it has developed an effective biofuel production process through the KIST-UBC (University of British Colombia) lab program in Vancouver, Canada. The process leverages the genetic engineering of *lignin and **bio-derived deep eutectic solvents (DESs)

Lignin makes up 20% to 30% of lignocellulosic biomass but also hinders the production of biofuel, so it is usually separated and discarded or simply burned. The efficient removal of lignin and valorization of lignin are of critical importance to the economic feasibility and commercialization of second-generation biofuels.

A lignin genetic engineering that can separate lignin more effectively was developed by researchers from the ***Joint BioEnergy Institute. Using this new technology, a part of lignin's structure was altered and made shorter, requiring only a small amount of energy or chemicals to remove the lignin.

A wide array of knowledge and skills in biology, analytical chemistry, and chemical engineering were required to develop the technology and its related processes. Over the past several years, many different types of biofuel research have been conducted in several different fields. However, there have been only a few works to connect the different research studies and their resulting technologies. To solve this issue, Dr. Kim Kwang Ho from KIST proposed and carried out joint research with the University of British Columbia in Canada and the State University of New York (College of Environmental Science and Forestry) in the United States. Together, the researchers were able to maximize and combine the potential of several different fields, including genetic engineering, process technology, and analysis technology.

"This research has produced results by maximizing the core competencies of each field represented by the participating Korean, U.S., and Canadian researchers in a bid to address an international agenda--namely, the development of climate change response technology," said Dr. Kim. "We will continue to develop Korea's fundamental technology and tackle climate change and global warming by playing a leading role in the convergence research we are conducting in collaboration with the outstanding research teams based in North America, to develop a sustainable bioenergy production technology."

The research was performed as one of KIST's key projects, backed by Korea's Ministry of Science and ICT (Minister Choi Ki-young). A journal article explaining the results of the joint research with the Joint BioEnergy Institute (an affiliated agency of the U.S. Department of Energy), the University of British Columbia in Canada, and the State University of New York was published in the latest issue of Frontiers in Plant Science (IF: 4.106, top 8.55% of JCR).

*Lignin: A phenol compound found in biomass; produced in mass as a byproduct during biofuel production 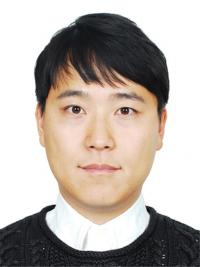