Researchers led by C.S. Chang of the U.S. Department of Energy's (DOE) Princeton Plasma Physics Laboratory (PPPL) have been awarded major supercomputer time to address key issues for ITER, the international experiment under construction in France to demonstrate the practicality of fusion energy. The award, from the DOE's Innovative and Novel Computational Impact on Theory and Experiment (INCITE) program, renews the third and final year of the team's supercomputer allocation for the current round.

Among the largest awards

The proposal was one of the six awards featured in the INCITE announcement of the 47 science projects approved for 2020, and was one of the largest awards.

Fusion, the power that drives the sun and stars, combines light elements in the form of plasma -- the hot, charged state of matter composed of free electrons and atomic nuclei -- that generates massive amounts of energy. ITER represents the next generation experiment of magnetic fusion facilities called "tokamaks" that aim to create fusion on Earth for a virtually inexhaustible supply of power to generate electricity.

"Previous allocations brought us part of the way to predicting ITER's performance," said Chang, whose team uses the high-performance XGC particle code that PPPL has developed to model ITER edge plasma. "This renewal will provide the additional computer time needed."

The third-year allotment consists of 1.5 million node hours on the Theta supercomputer at the Argonne Leadership Computing Facility, and 0.97 million node hours on Summit, the world's most powerful supercomputer, at the Oak Ridge Leadership Computing Facility. Since every computer node has thousands of processing cores, or data processors, a single node hour equals thousands of core hours.

The INCITE announcement of the renewal called the studies "time-urgent for the successful planning of ITER operation" and ones that require "an intensive, concentrated computing effort using extreme-scale supercomputers." 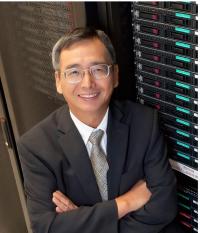