LOS ANGELES (April 4, 2017) — Two prominent Cedars-Sinai investigators — one leading the development of biological treatments for heart disease, the other spearheading the design and analysis of clinical trials for cancer research — were inducted April 3 into the Johns Hopkins University Society of Scholars.

Created in 1967, the society - the first of its kind in the U.S. -- inducts former Johns Hopkins postdoctoral fellows, postdoctoral students and faculty members who have gained marked distinction in their respective fields. Members of the society include several Nobel laureates and Lasker Award winners.

Marbán and Piantadosi both led distinguished careers at Johns Hopkins University School of Medicine before joining the Cedars-Sinai faculty a decade ago. Shlomo Melmed, Cedars-Sinai executive vice president of Academic Affairs and dean of the medical faculty, said the honor was well-deserved.

"Dr. Marbán has earned this prestigious honor for developing investigational stem cell and gene therapies for heart disease patients. His pioneering work has raised the hope that several 'irreversible' conditions, such as heart failure, may actually be reversible, at least in part," Melmed said.

Melmed added: "Dr. Piantadosi has rightly been recognized with this high honor because of his incisive leadership in developing statistical design and analysis models of complex human investigations. His scholarly contributions have enriched discovery in multiple disease areas."

Before joining Cedars-Sinai, Marbán completed his medical residency and a fellowship in cardiology at Johns Hopkins, located in Baltimore. He then joined the Johns Hopkins faculty and eventually served as chief of Cardiology there.

He moved to Cedars-Sinai in 2007. Two years later, a team led by Marbán completed the world's first cardiac stem cell infusion. Results from that clinical trial, published in The Lancet in 2012, showed the therapy resulted in a medical first: a stem cell infusion regenerated healthy heart muscle in a heart damaged by a heart attack.

Since then, Marbán's research has led to several other clinical trials testing cardiosphere-derived stem cells (CDCs), targeting various types of heart disease, Duchenne muscular dystrophy and pulmonary arterial hypertension. Marbán also is pioneering a gene therapy project to create "biological pacemakers" as alternatives to electronic devices. Marbán served 10 years as editor-in-chief of Circulation Research and has been awarded numerous honors, including the Basic Research Prize of the American Heart Association.

Support for Marbán's laboratory is provided by the National Institutes of Health, the California Institute for Regenerative Medicine and the U.S. Department of Defense. The stem cells used in his research are manufactured by Capricor Inc. (NASDAQ: CAPR) as their product CAP-1002 and have been used in numerous human clinical trials.

Piantadosi is one of the world's leading experts in the design and analysis of clinical trials for cancer research.

Prior to assuming the directorship of the cancer institute, Piantadosi was a professor of Oncology at Johns Hopkins University School of Medicine and director of Biostatistics at the Sidney Kimmel Comprehensive Cancer Center at Johns Hopkins. He earned his medical degree from the University of North Carolina and doctorate in biomathematics from the University of Alabama at Birmingham. He was a senior staff fellow at the National Cancer Institute.

Piantadosi has advised dozens of academic programs and collaborations nationally regarding clinical trial design and conduct, and has served on external advisory boards for the National Institutes of Health and other prominent cancer programs and centers. He also has served on numerous Food and Drug Administration panels that decided approvals of new drugs, and on a Cancer Moonshot working group on clinical trials.

The investigator is the author of more than 260 peer-reviewed scientific articles, and has published extensively on research results, clinical applications and trial methodology. He also authored Clinical Trials: A Methodologic Perspective, which is widely considered a classic textbook for clinical trials. His collaborations expand to disciplines outside cancer, including lung disease and degenerative neurological disease. He has taught clinical trials extensively in the classroom and national workshop venues for young investigators.

Piantadosi, a member of the National Academies of Sciences, Engineering and Medicine health policy forum, currently leads Cedars-Sinai's programs in cancer research, treatment and education, enhances academic activities related to cancer and brings together physicians and researchers for innovative collaborations.

Outside of the medical center, Piantadosi hand crafts violins, a skill he honed over several summers at the Violin Craftsmanship Institute at the University of New Hampshire, where he was instructed by the renowned German violin maker Karl Roy. The Public Library of Science recently published Piantadosi's paper, "Three-Dimensional Mathematical Modeling of Violin Plate Surfaces: An Approach Based on an Ensemble of Contour Lines." 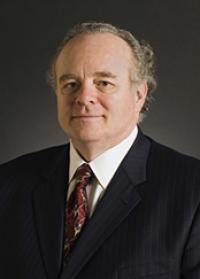