BLOOMINGTON, Ind. -- One of the most anticipated cases to be argued before the U.S. Supreme Court this term -- Leidos v. Indiana Public Retirement System -- was settled Monday. But two professors in Indiana University's Kelley School of Business continue to raise serious questions as to why the case ever would have come before the nation's highest court.

The securities law case was getting attention because many legal scholars said a decision would help better define public companies' obligations to disclose information to investors.

Matthew Turk and Karen Woody, both assistant professors of business law at Kelley, argued that that simply wasn't the case, in a Harvard Law School blog post published this summer and in an upcoming article in the Stanford Law Review Online.

The legal question presented in the case was whether the failure to comply with a regulation issued by the Securities and Exchange Commission, Item 303 of Regulation S-K, can be grounds for a securities fraud claim pursuant to Rule 10b-5 and the related Section 10(b) of the 1934 Securities Exchange Act.

"This was a significant securities law case, because Item 303 concerns one of the more controversial corporate disclosures mandated by the SEC -- an overview of known uncertainties facing a company's financial future, which must be provided in the company's 'Management's Discussion and Analysis,'" Turk and Woody said.

"Although Leidos has been billed in both the briefing to the Supreme Court and academic commentary as presenting a classic circuit split, a careful reading of the underlying precedents revealed no genuine dispute among the federal courts," they said.

In the article, "Leidos and the Roberts Court's Improvident Securities Law Docket," they noted that while there were differences between the 9th and 2nd Circuits, all of the relevant circuit court opinions agreed that a violation of Item 303 "may" constitute a viable fraud claim under of the rule in some, but not all, circumstances. The opinions also followed the same underlying reasoning for how those circumstances were to be determined.

Thus, even before the settlement, Woody and Turk thought the Leidos case left "so little to be resolved that it is ripe for removal from the Supreme Court's docket."

"The confusion surrounding Leidos is of broader importance for understanding the evolution of the Supreme Court's securities law jurisprudence since John Roberts became Chief Justice in 2005," they write in the Stanford article.

"A consensus across the growing body of scholarship on that topic is that an uptick in the number of securities law cases taken up for review is one of the salient features of the Roberts Court thus far," Turk and Woody added. "Leidos highlights what is quickly becoming another defining characteristic: that the Roberts Court's enthusiasm for granting certiorari on securities law petitions has been accompanied by a tendency to misapprehend the issues (or lack thereof) which those cases raise.

"This practice reflects an inefficient use of the Court's scarce docket space. It also represents a missed opportunity to clarify the many areas of securities regulation that remain mired in doctrinal incoherence."

In the Stanford paper, Turk and Woody highlighted that the Supreme Court under Roberts has issued about 20 securities-related decisions and said three major trends have emerged: an increase in the number of securities cases taken up for review, a high level of consensus among the justices on how those cases should be decided and narrow decisions that leave the pre-existing legal landscape largely in place.

"Leidos not only encapsulates these trends but also points to a bigger-picture takeaway: that the Roberts Court is compiling a growing line of securities cases which should have avoided review in the first place," Woody and Turk said.

They cited a case from the previous term as an example of another securities law that should have avoided review: Salman v. United States. The case was billed as a much-anticipated blockbuster case on insider trading but instead upheld a longstanding legal test. Two other cases were withdrawn prior to argument because either the Supreme Court or parties decided the issues weren't worth litigating.

"These cert decisions represent a significant misallocation of judicial resources, given the ever-shrinking docket of the Supreme Court. This is a critical issue because there are legitimate areas of securities regulation that need to be cleaned up," Woody and Turk said. "Often, these issues are right under the Court's nose in cases it has taken up, but the Court chooses to avoid these issues in favor of deciding the case in the most formulaic manner.

"Given this essay's interpretation of Leidos and related Supreme Court opinions from recent years, the Roberts Court's track record on securities law cases could be summed up in revisionist terms as: welcome enthusiasm, workmanlike decision-making, limited foresight." 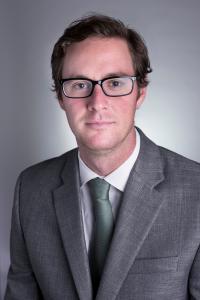