WASHINGTON (October 30, 2008)—The Phoenicians gave the world the alphabet and a love of the color purple, and a research study published today by Genographic scientists in the American Journal of Human Genetics (AJHG-D-08-00725R2) shows that they left some people their genes as well. The study finds that as many as one in 17 men in the Mediterranean basin may have a Phoenician as a direct male-line ancestor.

National Geographic and IBM's Genographic Project scientific consortium have developed a new analytical method for detecting the subtle genetic impact of historical population migrations. Its first application has been to reveal the genetic legacy of the Phoenicians, an intriguing and mysterious first-millennium B.C. trading empire. From their base in present-day Lebanon, the Phoenicians expanded by sea throughout the Mediterranean, founding colonies as far afield as Spain and North Africa, where their most powerful city, Carthage, was located. The world's first "global capitalists," the Phoenicians controlled trade throughout the Mediterranean basin for nearly a thousand years until their conquest by Rome in the 2nd century B.C. Over the ensuing centuries, much of what was known about this enigmatic people was lost or destroyed.

Chris Tyler-Smith, a Genographic research associate from The Wellcome Trust Sanger Institute, said: "When we started, we knew nothing about the genetics of the Phoenicians. All we had to guide us was history: We knew where they had and hadn't settled. But this simple information turned out to be enough, with the help of modern genetics, to trace a vanished people."

The new analytical method looked for genetic signatures in modern men (Y-chromosomal lineages are present exclusively in males) that were more common in regions with a Phoenician history than in nearby places where the Phoenicians had never lived. It revealed a handful of genetic lineages that are shared among far-flung populations from around the Mediterranean, all united by just one feature: They had been Phoenician colonies. (The geographic scope of this study stretched from coastal Lebanon to coastal Spain and from coastal Tunisia to coastal Italy.)

Daniel Platt, of IBM's Computational Biology Center at the T. J. Watson Research Center, said: "The results are important because they show that the Phoenician settlement sites are marked by a genetic signature distinct from any that might have been left by other trading and settlement expansions through history, or which may have emerged by chance. This proves that these settlements, some of which lasted hundreds of years, left a genetic legacy that persists to modern times."

Adding together all the lineages suggests that the Phoenicians contributed at least 6 percent to the modern populations — one boy in each school class from Cyprus to Tunis may be a direct male-line descendant of the Phoenician traders.

Pierre Zalloua, Genographic principal investigator, Middle East/North Africa, said: "This study brings to life a magnificent piece of our population heritage that has been buried or forgotten. This new finding is a key fortification against miscomprehension or misconceptions of our history. Only a comprehensive knowledge of our past can help strengthen our modern identity. It is a challenging but a wonderful undertaking to be able to unravel and write your own history."

The study highlights the importance of Genographic's globally coordinated data-gathering effort, the first and largest of its kind in population genetics today. Genographic Project Director Spencer Wells noted, "This study was only possible because of the research network we have created through the Genographic consortium, where the participation of volunteers around the world helps us uncover these fascinating stories. It is only through such coordinated efforts that we are able to detect the subtle details of Phoenician migration patterns, and we believe this new method will allow us — and other scientists in the future — to uncover previously undetected genetic footprints in other regions of the world."

Background: The Genographic Project was launched in 2005, by National Geographic and IBM, with field research by the Waitt Family Foundation and laboratory research supported by Applied Biosystems, using genetics as a tool to address anthropological questions on a global scale. At the core of the project is a global consortium of 10 regional scientific teams following an ethical and scientific framework and who are responsible for sample collection and analysis in their respective regions. The Project is open to members of the public to participate through purchasing a public participation kit from the Genographic Web site (www.nationalgeographic.com/genographic), where they can also choose to donate their genetic results to the expanding database. Sales of the kits help fund research and support a Legacy Fund for indigenous peoples' community-led language revitalization and cultural projects.

For interviews with Genographic researchers, contact Glynnis Breen, gbreen@ngs.org or +1 202 857 7481.

Founded in 1888, National Geographic is one of the world's largest nonprofit scientific and educational organizations. Its mission is to increase and diffuse geographic knowledge while inspiring people to care about the planet. National Geographic reflects the world through its seven magazines, cable television channels and programs, films, radio, books, videos, maps, interactive media, exhibitions and merchandise, reaching more than 325 million people each month.

IBM is the world's largest information technology company, with more than 80 years of leadership in helping businesses innovate. It has a long history of innovating on behalf of society, and in recent years has launched a series of major research initiatives designed to overcome many of the remaining "grand challenges" of science, including the Deep Blue chess-playing computer and unraveling the mysteries of protein folding with BlueGene, the world's fastest supercomputer. IBM Research is the world's largest information technology research organization, with more than 3,000 scientists and engineers at eight labs in six countries. For more information about IBM, visit www.ibm.com.

About the Waitt Family Foundation

Established in 1993 by Gateway Computer founder and now chairman Ted Waitt and his wife, Joan, the Waitt Family Foundation focuses on humankind's past, present and future. Specifically, the foundation funds projects aimed at making discoveries about our past that will help inform the way we are today and reveal untapped possibilities for the future. For more information about the Waitt Family Foundation, visit www.waittfoundation.org. 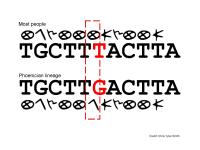 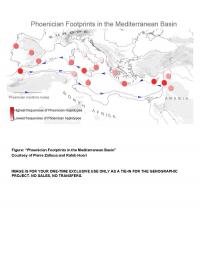 Phoenician Footprints in the Mediterranean Basin