Researchers from Drexel University have found a way to destroy stubbornly resilient toxic compounds, ominously dubbed "forever chemicals," that have contaminated the drinking water of millions across the United States.

These chemicals, commonly called PFAS - a shortening of per- and polyfluoroalkyl substances, were used for some 60 years as coatings for nonstick pans and waterproof clothing and in fire-fighting foams. In the last two decades concerns about health risks associated with exposure to PFAS - from cancer and thyroid problems to low birthweights and high blood pressure - have led to federal bans, monitoring mandates and massive remediation efforts.

But eliminating these chemicals - originally designed to resist high-temperatures of fuel-driven fires - from drinking water has proven to be nearly impossible.

"The carbon-fluoride chemical bonds in PFAS compounds are extremely stable, so it's impossible to break down these compounds using standard treatment methods," said Christopher Sales, PhD, an associate professor of environmental engineering at Drexel who studies degradation of environmental contaminants.

Sales is part of a team from Drexel's College of Engineering and the C. & J. Nyheim Plasma Institute exploring how a blast of charged gas, called cold plasma, can be used to eliminate PFAS from water. His group recently published its research in the journal Environmental Science: Water Research & Technology.

"This has become an urgent issue because we are seeing PFAS turn up everywhere, not just in the water and soil near airports that used it in fire-fighting foam, but also in many consumer goods like stain-resistant fabrics and food packaging designed to repel liquids and grease" Sales said. "Because these chemicals do not readily biodegrade, PFAS is leaching into ground and surface water from products that have been sitting in landfills for decades."

Though precise exposure routes have not yet been identified, studies suggest that PFAS has been detected in the bloodstream of as much as 98 percent of the U.S. population through some combination of direct exposure, drinking water contamination and bioaccumulation.

The Department of Defense is currently spending billions of dollars to clean up contaminated soil water supplies around hundreds of military bases where PFAS fire-fighting foam had been used. But the best efforts are only a stopgap, according to Sales.

"The current standard for dealing with PFAS-contaminated water is activated carbon filters," Sales said. "But the problem with filtration is that it only collects the PFAS it doesn't destroy it. So, unless the filters are incinerated at high temperatures, the spent filters become a new source of PFAS that can make its way back into the environment through landfill runoff and seepage."

To truly eliminate the chemicals treatment needs to split apart the carbon-fluoride bond that is key to the compound's staying power. Different types of PFAS, which now number in the thousands, are comprised of different length carbon-fluoride chains. The primary goal of proposed decontamination methods is to break the chain into smaller pieces to render it inert. A secondary, and more challenging target, is completely removing the fluoride atoms from the compounds - an achievement called defluorination.

One way to remove PFAS from water is through elevating its temperatures which raises the activity of its atoms enough to stretch the carbon-fluoride bond to its breaking point. Unfortunately, it takes a lot more than boiling to get rid of PFAS, according to Sales.

"To break the extremely stable bond between carbon and fluoride in PFAS, you need to raise the temperature of the compounds to at least 1,000 Celsius - so 10 times the temperature of boiling water," Sales said. "But that's clearly not feasible for water treatment operations, due to the massive amount of energy it would consume."

The Drexel team is proposing the use of highly energized gas, or plasma, as a way to activate the PFAS atoms without heating the water.

In non-equilibrium, or "cold" plasma, an electromagnetic field is used to excite the electrons in a gas without raising its overall temperature. In a common example of cold plasma, a fluorescent light, electrons are excited to the point where they emit visible light while the gas itself remains at room temperature.

Researchers at the Nyheim Plasma Institute have been harnessing non-equilibrium plasma technology for decontamination and sterilization of produce and meat and in health care settings.

Turning it loose on PFAS is the chemical equivalent of using a blender to make a smoothie.

First, a device called a gliding arc plasmatron creates a rotating electromagnetic field that activates electrons of gas bubbles in the water. The high-energy electrons split apart chemical species in the water and begin to emit ultraviolet radiation. Ultimately, the spinning vortex of atoms, ions and radiation reaches a level of activity high enough to sever the carbon-fluoride bond in the PFAS compounds - all without raising the temperature of the water.

In just an hour of treatment, that uses a little more energy than it would take to get a tea kettle to boil, the gliding arc plasma treatment can eliminate more than 90 percent of PFAS from the water and defluorinate about a quarter of the compounds, according to the group's recently published study.

"This is just one example of how effectively and energy efficiently cold plasma technology can be used to address difficult chemical contamination problems," said Alexander Fridman, PhD, director of the Nyheim Plasma Institute. "Cold plasma has the potential to help us eliminate a variety of chemical toxins that threaten our food and drinking water supplies."

While plasma treatment methods for PFAS removal have been tested by other groups, thus far none of them lend themselves to being easily scaled up for use at large treatment facilities, according to the Drexel researchers.

"Now that we have proven the effectiveness of cold plasma water treatment our next step is to continue testing it on a larger scale," Fridman said. "We also believe the technology could be adjusted to treat contaminated soil and to achieve near-complete defluorination of PFAS compounds."

In addition to Sales and Fridman, at Drexel, Gregory Fridman, PhD, of AAPlasma, LLC, and Erica MaKenzie, PhD, from Temple University, also contributed to the research. 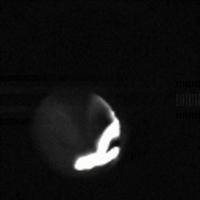 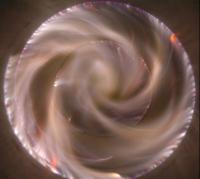