Light-driven molecular motors have been around for over twenty years. These motors typically take microseconds to nanoseconds for one revolution. Thomas Jansen, associate professor of physics at the University of Groningen, and Master's student Atreya Majumdar have now designed an even faster molecular motor. The new design is driven by light only and can make a full turn in picoseconds, using the power of a single photon. Jansen: 'We have developed a new out-of-the-box design for a motor molecule that is much faster.' The design was published in The Journal of Physical Chemistry Letters on 7 June.

The new motor molecule design started with a project in which Jansen wanted to understand the energy landscape of excited chromophores. 'These chromophores can attract or repel each other. I wondered if we could use this to make them do something', explains Jansen. He gave the project to Atreya Majumdar, then a first-year student in the Top Master's degree programme in Nanoscience in Groningen. Majumdar simulated the interaction between two chromophores that were connected to form a single molecule.

Majumdar, who is now a PhD student in nanoscience at the Université Paris-Saclay in France, explains what he found: 'A single photon will excite both chromophores simultaneously, creating dipoles that make them repel each other.' But as they are stuck together, connected by a triple bond axis, the two halves push each other away around the axis. 'During this movement, they start to attract each other.' Together, this results in a full rotation, generated by the light energy and the electrostatic communication between the two chromophores.

The original light-driven molecular motor was developed by Jansen's colleague Ben Feringa, Professor of Organic Chemistry at the University of Groningen and recipient of the 2016 Nobel Prize for Chemistry. This motor makes one revolution in four steps. Two steps are driven by light and two are driven by heat. 'The heat steps are rate-limiting,' explains Jansen. 'The molecule has to wait for a fluctuation in heat energy to drive it to the next step.'

By contrast, in the new design, a rotation is fully downhill from an excited state. And as - due to the laws of quantum dynamics - one photon excites both chromophores simultaneously, there are no major bottlenecks to limit the speed of rotation, which is therefore two to three orders of magnitude greater than that of the classic 'Feringa' motors.

All of this is still theoretical, based on calculations and simulations. 'Building one of these motors is not trivial', acknowledges Jansen. The chromophores are widely used but slightly fragile. Creating a triple bond axis is also not easy. Jansen expects that someone will try to build this organic molecule now that its properties have been described. And it is not one specific molecule that has these properties, adds Majumdar: 'We have created a general guide for the design of this type of molecular motor.'

As for applications, Jansen can think of a handful. They might be used to power drug delivery or move nanoscale objects on a surface, or they might be used in other nanotech applications. And the rotational speed is well above that of the average biophysical process, so it may be used to control biological processes. In the simulations, the motors were attached to a surface but they will also rotate in solution. Jansen: 'It will require a lot of engineering and tweaking to realize these motors but our blueprint will deliver a brand-new type of molecular motor.' 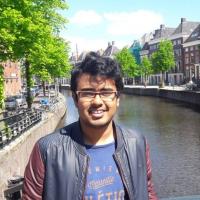 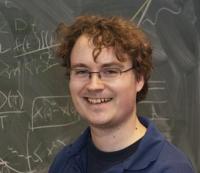