BUFFALO, N.Y. -- The Yeti or Abominable Snowman -- a mysterious, ape-like creature said to inhabit the high mountains of Asia -- looms large in the mythology of Nepal and Tibet.

Now, a new DNA study of purported Yeti samples from museums and private collections is providing insight into the origins of this Himalayan legend.

The research, which will be published in Proceedings of the Royal Society B, analyzed nine "Yeti" specimens, including bone, tooth, skin, hair and fecal samples collected in the Himalayas and Tibetan Plateau. Of those, one turned out to be from a dog. The other eight were from Asian bears -- one from an Asian black bear, one from a Himalayan brown bear, and the other six from Tibetan brown bears.

"Our findings strongly suggest that the biological underpinnings of the Yeti legend can be found in local bears, and our study demonstrates that genetics should be able to unravel other, similar mysteries," says lead scientist Charlotte Lindqvist, PhD, an associate professor of biological sciences in the University at Buffalo College of Arts and Sciences, and a visiting associate professor at Nanyang Technological University, Singapore (NTU Singapore).

Lindqvist's team is not the first to research "Yeti" DNA, but past projects ran simpler genetic analyses, which left important questions unresolved, she says.

"This study represents the most rigorous analysis to date of samples suspected to derive from anomalous or mythical 'hominid'-like creatures," Lindqvist and her co-authors write in their new paper. The team included Tianying Lan and Stephanie Gill from UB; Eva Bellemain from SPYGEN in France; Richard Bischof from the Norwegian University of Life Sciences; and Muhammad Ali Nawaz from Quaid-i-Azam University in Pakistan and the Snow Leopard Trust Pakistan program.

PHOTOS: Additional photos not available through EurekAlert! may be obtained by contacting Charlotte Hsu in UB Media Relations at chsu22@buffalo.edu.

The science behind folklore

Lindqvist says science can be a useful tool in exploring the roots of myths about large and mysterious creatures.

She notes that in Africa, the longstanding Western legend of an "African unicorn" was explained in the early 20th century by British researchers, who found and described the flesh-and-blood okapi, a giraffe relative that looks like a mix between that animal and a zebra and a horse.

And in Australia -- where people and oversized animals may have coexisted thousands of years ago -- some scholars have speculated that references to enormous animal-like creatures in Australia's Aboriginal "Dreamtime" mythology may have drawn from ancient encounters with real megafauna or their remains, known today from Australia's fossil record.

But while such connections remain uncertain, Lindqvist's work -- like the discovery of the okapi -- is direct: "Clearly, a big part of the Yeti legend has to do with bears," she says.

She and colleagues investigated samples such as a scrap of skin from the hand or paw of a "Yeti" -- part of a monastic relic -- and a fragment of femur bone from a decayed "Yeti" found in a cave on the Tibetan Plateau. The skin sample turned out to be from an Asian black bear, and the bone from a Tibetan brown bear.

The "Yeti" samples that Lindqvist examined were provided to her by British production company Icon Films, which featured her in the 2016 Animal Planet special "YETI OR NOT," which explored the origins of the fabled being.

Solving a scientific mystery, too: How enigmatic bears evolved

Besides tracing the origins of the Yeti legend, Lindqvist's work is uncovering information about the evolutionary history of Asian bears.

"Bears in this region are either vulnerable or critically endangered from a conservation perspective, but not much is known about their past history," she says. "The Himalayan brown bears, for example, are highly endangered. Clarifying population structure and genetic diversity can help in estimating population sizes and crafting management strategies."

The scientists sequenced the mitochondrial DNA of 23 Asian bears (including the purported Yetis), and compared this genetic data to that of other bears worldwide.

This analysis showed that while Tibetan brown bears share a close common ancestry with their North American and Eurasian kin, Himalayan brown bears belong to a distinct evolutionary lineage that diverged early on from all other brown bears.

The split occurred about 650,000 years ago, during a period of glaciation, according to the scientists. The timing suggests that expanding glaciers and the region's mountainous geography may have caused the Himalayan bears to become separated from others, leading to a prolonged period of isolation and an independent evolutionary path.

"Further genetic research on these rare and elusive animals may help illuminate the environmental history of the region, as well as bear evolutionary history worldwide -- and additional 'Yeti' samples could contribute to this work," Lindqvist says.

The fourth paragraph of this news release previously stated that eight of the Yeti samples were from Asian black bears, Himalayan brown bears or Tibetan brown bears. The language has been updated to clarify the number of purported Yeti DNA samples linked to each species.

About the University at Buffalo

Ranked 11th in the world, NTU has also been ranked the world's top young university for the last four years running. The university's main campus has been named one of the Top 15 Most Beautiful in the World. NTU also has a campus in Novena, Singapore's medical district. For more information, visit http://www.ntu.edu.sg. 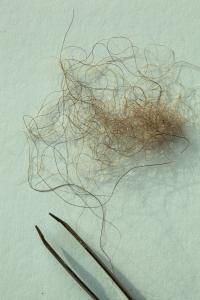