A study of 10 tree species in experimental plots in which the air temperature was raised by 1.7 °C and 3.4 °C finds significant year-to-year variation in the effect of warming on tree leafing, given that warming in early spring advanced leafing more than in late spring; in addition, the authors found greater spread between the time when the first and last tree species leafed out in early spring, compared with late spring, suggesting that climate change, which is likely to hasten the onset of spring, could lead to increased risk of mistimed leafing and altered interactions between species.

Effect of warming on tree leafing 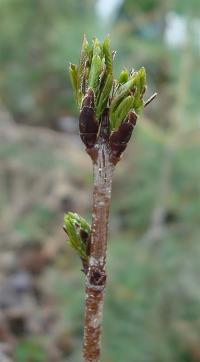