Researchers at Vanderbilt University Medical Center (VUMC) and the University of Texas Medical Branch (UTMB) at Galveston have discovered what may be the Achilles' heel of the coronavirus, a finding that may help close the door on COVID-19 and possibly head off future pandemics.

The coronavirus is an RNA virus that has, in its enzymatic toolkit, a "proofreading" exoribonuclease, called nsp14-ExoN, which can correct errors in the RNA sequence that occur during replication, when copies of the virus are generated.

Using cutting-edge technologies and novel bioinformatics approaches, the researchers discovered that this ExoN also regulates the rate of recombination, the ability of the coronavirus to shuffle parts of its genome and even pull in genetic material from other viral strains while it replicates in order to gain evolutionary advantage.

These patterns of recombination, the researchers reported last week in the journal PLOS Pathogens, are conserved across multiple coronaviruses, including SARS-CoV-2, which causes COVID-19, and MERS-CoV, which causes a similar illness, Middle Eastern respiratory syndrome.

"The coronavirus exoribonuclease is therefore a conserved, important target for inhibition and attenuation in the ongoing pandemic of SARS-CoV-2, and in preventing future outbreaks of novel coronaviruses," concluded the paper's first author, Jennifer Gribble, a VUMC graduate student in the laboratory of Mark Denison, MD.

"If you can find a drug that prevents RNA recombination, you really shut down the virus," added Andrew Routh, PhD, assistant professor of Biochemistry and Molecular Biology at UTMB and, with Denison, the paper's co-corresponding author. "It's really intriguing in terms of what we understand about virus adaptation and evolution."

Previous studies have shown that coronaviruses are resistant to many nucleoside antiviral drugs, which work by introducing errors in the viral genetic code to block replication. The coronavirus proofreader corrects the errors so replication can proceed.

Only a few drugs are capable of circumventing the proofreader. They include an approved drug, remdesivir, and EIDD-2801 (molnupiravir), an investigational drug now in clinical trials. Both were developed with the help of VUMC scientists.

"Finding that the viral ExoN plays a key role in recombination is exciting," said Denison, director of the Division of Pediatric Infectious Diseases at VUMC who has studied coronaviruses for more than 30 years.

"Knocking out this function (in laboratory studies) leads to decreased recombination and a weaker virus," Denison said. "So we think it may be possible to block this process with drugs as well (and) that it may make other drugs like remdesivir and molnupiravir work even better and last longer."

In 2007 Denison and his colleagues discovered the coronaviruses proofreader. They also found that blocking the enzyme accelerated the rate of uncorrected errors -- mutations--and crippled its ability to cause disease in animals.

Several years later they discovered that remdesivir, an investigational antiviral drug, had highly potent activity against a wide range of coronaviruses, both in laboratory and animal tests. In October 2020 remdesivir was approved for emergency use in patients hospitalized with COVID-19.

For the past two years, Gribble and Routh have collaborated in an effort to understand the role of recombination in the replication of RNA viruses, which include influenza, polio, measles, hepatitis C, HIV and Ebola, as well as the coronaviruses.

Using computational software Routh had developed, which can scour virus-sequencing datasets for evidence of "recombination events," Gribble was studying recombination in model experimental viruses, such as coronaviruses that infect mice.

Once the pandemic hit, Routh, Gribble and their colleagues were quickly able to apply this approach to SARS-CoV-2 and other coronaviruses that cause disease in humans. Other VUMC co-authors were Laura Stevens, MS, Maria Agostini, PhD, Jordan Anderson-Daniels, PhD, James Chappell, MD, PhD, Xiaotao Lu, MS, and Andrea Pruijssers, PhD.

Recombination does not always result in a "fitter," potentially more virulent virus, Routh noted. If during recombination, for example, some of the genome is deleted, the result is a "defective" viral genome that can mix with, and disable, the more virulent strain.

Coronaviruses frequently produce defective genomes, the researchers found. "That could be useful," Routh said. "You might be able to exploit defective genomes as a way of making new vaccines ... or to perturb replication (of a more virulent strain) ... in the patient."

Much remains to be learned about recombination and the role that plays in the continued spread of evolving variants of SARS-CoV-2 around the world and the ability of anti-viral drugs and vaccines to stop it.

That's why basic science is so important, said Denison, who holds the Edward Claiborne Stahlman Chair in Pediatric Physiology and Cell Metabolism in the Vanderbilt University School of Medicine.

"We need to understand the capacity of all kinds of viruses to move between species and the mechanisms by which they cause disease," he said. "We need to make sure that there are fundamental things that we know about all identified viruses -- their genomic sequences, for example, and some basics about their biology."

That takes a lot of creativity, determination -- and money. Funding for this study was provided by National Institutes of Health grants AI108197, GM065086 and AI133952, the Dolly Parton COVID-19 Research Fund and the Elizabeth B. Lamb Center for Pediatric Research at Vanderbilt.

Vanderbilt University Medical Center is one of the nation's leading academic medical centers and is one of the largest comprehensive research, teaching and patient care health systems in the Southeast. The most heavily utilized quaternary, referral health care facility in the Mid-South, VUMC sees over 2.3 million patient visits per year in over 150 locations, discharging 66,000 inpatients and performing 67,000 surgical operations. The Medical Center is the largest non-governmental employer of Middle Tennessee citizens, with more than 27,000 staff, including 3,000 physicians, advanced practice nurses and scientists appointed to the Vanderbilt University faculty. For more information and the latest news follow VUMC on Facebook, LinkedIn, Twitter, and in the VUMC Reporter.

ABOUT THE UNIVERSITY OF TEXAS MEDICAL BRANCH

Texas' first academic health center opened its doors in 1891 and today has four campuses, four health sciences schools, four institutes for advanced study, a research enterprise that includes one of only two national laboratories dedicated to the safe study of infectious threats to human health, a Level 1 Trauma Center and a health system offering a full range of primary and specialized medical services throughout the Texas Gulf Coast region. UTMB is an institution in the University of Texas System and a member of the Texas Medical Center. 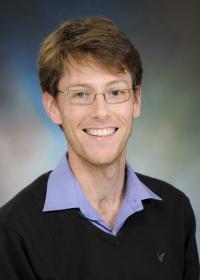