MADISON, Wis. -- University of Wisconsin-Madison chemical engineers have developed a new way to create inexpensive chemical sensors for detecting explosives, industrial pollutants or even the chemical markers of disease in a patient's breath.

Manos Mavrikakis and Nicholas L. Abbott, UW-Madison professors of chemical and biological engineering, combined their expertise in computational chemistry and liquid crystals to turn a sensor Abbott built to detect a molecular mimic of deadly sarin gas into a roadmap for tuning similar sensors to flag other dangerous or important chemicals.

The researchers described the material Wednesday (Nov. 2, 2016) in the journal Nature Communications.

Their framework is a new approach for optimizing the components -- similar to those found in flat-panel TVs -- of a liquid-crystal-based sensor: metal cations (positively charged ions), salt anions, solvents and molecules that form liquid crystals.

The research leveraged Mavrikakis' computational chemistry expertise and Abbott's experimental expertise, cycling between quantum chemical modeling and the laboratory experiments to optimize the sensor components for a targeted substance. By tweaking each of the individual components in turn, they identified an ideal configuration that specifically responded to the molecule they wanted to sense, called the analyte.

The same approach could yield new sensors for a host of different analytes.

In the future, for example, such materials could be used to indicate the freshness of fish or meat based on the presence of trace amounts of the foul-smelling molecule cadaverine. Another variation might be used to detect respiratory diseases based on analysis of small molecules such as nitric oxide in breath.

Making such specific and sensitive materials in the lab is no easy undertaking. For complicated sensors that involve multiple components, mixing and matching chemicals in hopes of stumbling across the perfect combination is laborious and inefficient.

Instead of years of trial and error, the researchers turned to computer simulations before attempting experiments in the lab.

"This is indeed the first time that computational chemistry with quantum mechanics has been used to put together a coherent way of thinking for narrowing down possible solutions for an explosively complicated problem," says Mavrikakis, whose work was supported by the National Science Foundation and the Army Research Office.

And after identifying promising candidates, the researchers used real-world measurements to further refine and improve their computational models.

The sensor material consists of a thin film of metal salt, with liquid crystals anchored to the surface all pointing in the same direction. The researchers designed specific liquid crystal molecules and metal cations so that small amounts of analyte would disrupt the interactions of the liquid crystals with the surface, and throw the ordered arrangement into disarray. The change in the liquid crystal would be a visible indicator of the analyte's presence.

Unlike expensive explosive-detecting puffer machines in airports that rely on complicated mass spectrometry or high-performance liquid chromatography equipment, these liquid crystal sensors could be portable, wearable and inexpensive.

The researchers plan to explore new combinations for additional analytes and develop new liquid crystalline molecules, in combination with other metal salts and solvents, to make even more sensitive and selective sensors.

Other authors on the paper include past and present members of the Mavrikakis and Abbott labs: Luke Roling, Jessica Scaranto, Jeffrey Herron, Huaizhe Yu and Sangwook Choi. 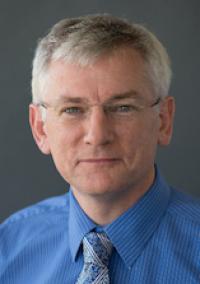