(Santa Barbara, Calif.) –– Siberia's Lake Baikal, the world's oldest, deepest, and largest freshwater lake, has provided scientists with insight into the ways that climate change affects water temperature, which in turn affects life in the lake. The study is published in the journal PLoS ONE today.

"Lake Baikal has the greatest biodiversity of any lake in the world," explained co-author Stephanie Hampton, deputy director of UC Santa Barbara's National Center for Ecological Analysis & Synthesis (NCEAS). "And, thanks to the dedication of three generations of a family of Russian scientists, we have remarkable data on climate and lake temperature."

Beginning in the 1940's, Russian scientist Mikhail Kozhov took frequent and detailed measurements of the lake's temperature. His descendants continued the practice, including his granddaughter, Lyubov Izmest'eva at Irkutsk State University. She is a co-author of the study and a core member of the NCEAS team now exploring this treasure trove of scientific and historical records.

"Teasing these multiple signals apart in this study illuminated both the methods by which we can detect these overlapping sources of climate variability, and the role of jet stream variability in affecting the local ecosystem," said Katz.

Hampton added: "This work is important because we need to go beyond detecting past climate variation. We also need to know how those climate variations are actually translated into local ecosystem fluctuations and longer-term local changes. Seeing how physical drivers of local ecology –– like water temperature –– are in turn reflecting global climate systems will allow us to determine what important short-term ecological changes may take place, such as changes in lake productivity. They also help us to forecast consequences of climate variability."

The scientists found that seasonality of Lake Baikal's surface water temperatures relate to the fluctuating intensity and path of the jet stream on multiple time scales. Although the lake has warmed over the past century, the changing of seasons was not found to trend in a single direction, such as later winters.

The climate indices reflect alterations in jet stream strength and trajectory, and these dynamics collectively appear to forecast seasonal onset in Siberia about three months in advance, according to the study. Lake Baikal's seasonality also tracked decadal-scale variations in the Earth's rotational velocity. The speed of the Earth's rotation determines the length of a day, which differs by milliseconds from day to day depending on the strength of atmospheric winds, including the jet stream. This scale of variability was also seen to affect the timing variability in seasonal lake warming and cooling, reinforcing the mechanistic role of the jet stream.

"Remarkably, the temperature record that reflects all these climate messages was collected by three generations of a single family of Siberian scientists, from 1946 to the present, and the correlation of temperature with atmospheric dynamics is further confirmation that this data set is of exceptionally high quality," said Katz. "This consistent dedication to understanding one of the world's most majestic lakes helps us understand not only the dynamics of Lake Baikal over the past 60 years, but also to recognize future scenarios for Lake Baikal. The statistical approach may be used for similar questions in other ecosystems, although we recognize that the exceptional quality and length of the Baikal data was one of the keys to our success."

Marianne V. Moore, of Wellesley College, is a leader of the NCEAS team and a co-author of this paper. 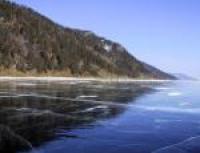 The Baikal Seal, or Nerpa