SINGAPORE, September 18, 2018--New four-year study data shows the significant impact of a pioneering contact lens management approach to slowing the progression of myopia (nearsightedness) in children, including those whose treatment begins later. CooperVision is presenting the multi-year study's latest outcomes during the BCLA Asia conference in Singapore this week, at which the globally increasing prevalence of myopia is among the most widely discussed issues.

The ongoing clinical trial is assessing a specially-designed, dual-focus myopia control 1-day soft contact lens in reducing the rate of progression of juvenile-onset myopia. The lens is commercially available as CooperVision MiSight® in select countries.1

"Four-year results on the efficacy of our innovative myopia control lens represent a landmark in slowing myopia progression. The treatment is continuing to work for children who have been wearing MiSight® contact lenses for the entire study, and their axial length progression in this last year has slowed further. This illustrates the benefits of beginning myopia management as early as possible to maximize the benefit," said Paul Chamberlain, BSc (Hons), MCOptom, Director of Research Programs for CooperVision.

In year four, children in the original control group were refit with the myopia control lens, and then continued to be tracked separately. Use of the dual-focus contact lens -- which has alternating visual correction and treatment zones -- was effective in slowing myopia progression in both groups:

No other prospective randomized controlled study has offered conclusive data for such a high degree of continued efficacy in myopia management using a 1-day soft contact lens over four years. The contact lens-based approach does not induce common side effects exhibited by some alternative pharmacological therapies.

The prevalence of myopia is projected to increase from approximately two billion people worldwide in 2010 to almost five billion people in 20502, bringing with it near- and long-term health challenge Not only does it create blurred vision, but also increases the likelihood of conditions later in life such as glaucoma, cataract, retinal detachment and myopic maculopathy if not addressed.

"The four-year results are another great learning for CooperVision and the entire optical industry on the capability to slow the progression of myopia in children. Though children benefit at whatever age the treatment is started, the sooner their myopia is managed with MiSight® contact lenses, the more effect and benefit they receive in reducing final levels and the future risk of related vision impairment issues," said Stuart Cockerill, Senior Director, Myopia Management.

Physiological changes among 100 myopic children from Singapore, Canada, England, and Portugal were evaluated during the fourth year.

CooperVision, a unit of The Cooper Companies, Inc. (NYSE:COO), is one of the world's leading manufacturers of soft contact lenses. The Company produces a full array of monthly, two-week and daily disposable contact lenses, all featuring advanced materials and optics. CooperVision has a strong heritage of solving the toughest vision challenges such as astigmatism and presbyopia; and offers the most complete collection of spherical, toric and multifocal products available. Through a combination of innovative products and focused practitioner support, the company brings a refreshing perspective to the marketplace, creating real advantages for customers and wearers. For more information, visit coopervision.com.

About The Cooper Companies

The Cooper Companies, Inc. ("Cooper") is a global medical device company publicly traded on the NYSE (NYSE:COO). Cooper is dedicated to being A Quality of Life Company™ with a focus on delivering shareholder value. Cooper operates through two business units, CooperVision and CooperSurgical. CooperVision brings a refreshing perspective on vision care with a commitment to developing a wide range of high-quality products for contact lens wearers and providing focused practitioner support. CooperSurgical is committed to advancing the health of families with its diversified portfolio of products and services focusing on women's health, fertility and diagnostics. Headquartered in Pleasanton, Calif., Cooper has more than 12,000 employees with products sold in over 100 countries. For more information, please visit http://www.coopercos.com. 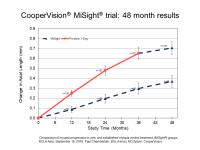 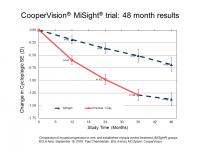