If dad looks exhausted this Father's Day it could be due to his job, suggests new research that found many male employees are now pressured to work up to 40 hours of overtime—often unpaid— per week to stay competitive.

Women face the same pressures, but family obligations may force them to work fewer hours on the job, putting them at risk for demotions or even firings.

The new findings, published in the journal Gender & Society, add to the growing body of evidence that heightened competition in the workplace, combined with modern business practices, are resulting in near-unprecedented levels of overtime that may not even be productive in the long run.

"This clearly does not ease the situation for women and men who want to combine career and family-life," concluded lead author Patricia van Echtelt and colleagues. "Moreover, a growing body of literature shows that working long hours does not automatically lead to greater productivity and effectiveness, and thus not necessarily contributes to employers' needs but potentially harms the well-being of employees."

The extensive study looked at the working habits of 1,114 male and female Dutch employees. While the researchers indicate their findings could apply to other countries, they chose to focus on the Netherlands, where outside family support, such as childcare, has been unable to meet the growing demands.

Van Echtelt, a Netherlands Institute for Social Research scientist, and her team found that, among the survey respondents, 69 percent of all men worked overtime versus 42 percent of women. Women who work overtime do so at a rate that is about one-third lower than that of their male colleagues.

It's "usually explained by the continuing trend for women to be more involved in unpaid family work," the researchers noted. And even when partners share family chores, "men often characterize their contribution as 'helping' their wives, without feeling to have the main responsibility."

The researchers therefore predict families with more kids and at-home responsibilities will become "more constrained in their opportunities to indulge the 'choice' to work overtime."

Choice is turning into expectation at most companies built upon the "team work" model, with pressures coming from project teams, responsibility for meeting profit or production targets, imposed deadlines and employees left to manage their own careers. A separate study at a software engineering firm, for example, determined that interdependent work patterns, "a crisis mentality," and a reward system based on individual heroics led to "inefficient work processes and long working hours."

Cornell University's Youngjoo Cha, who led another U.S. data-based study accepted for publication in the American Sociological Review, found that if a husband works more than 60 hours a week, his wife is 42 percent more likely to leave her position.

Cha, who agrees with the Dutch findings, said, "The norm of overwork systematically disadvantages women, who are less likely to work long hours because of the expectation that they will have primary caregiving responsibilities and do more housework than men."

In future, van Echtelt and her team hope that businesses will value their "employees more for their efficiency and relational skills and less for their crisis mentality and working long hours."

Consistently ranked as a top journal in both Women's Studies and Sociology by the Thomson Scientific Journal Citation Reports®, Gender & Society focuses on the social and structural study of gender as a basic principle of the social order and as a primary social category. Emphasizing theory and research from micro- and macrostructual perspectives, Gender & Society features original research, reviews, international perspectives, and book reviews from diverse social science disciplines, including anthropology, economics, history, political science, sociology and social psychology. 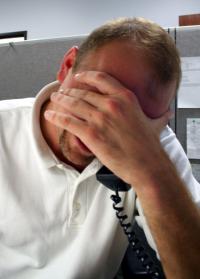