A $2.5 million grant from the National Science Foundation to researchers at Southern Methodist University, Dallas, targets the ongoing struggle of U.S. elementary and high school students with math.

When it comes to the STEM fields of science, technology, engineering and math, research shows that U.S. students continue at a disadvantage all the way through high school and entering college.

"This is an opportunity to develop an assessment system that can help teachers support students at the earliest, and arguably one of the most critical, phases of a child's mathematical development," said Ketterlin Geller, a professor in the Simmons School and principal investigator for the grant developing the "Measures of Mathematical Reasoning Skills" system.

Teachers and schools will use the assessment system to screen students and determine who is at risk for difficulty in early mathematics, including students with disabilities. The measures also will help provide important information about the intensity of support needed for a given student.

"Providing teachers with data to understand how a child processes these concepts can have a long-term impact on students' success not only in advanced math like algebra, but also success in STEM fields, such as chemistry, biology, geology and engineering," she said.

A 2015 Mathematics National Assessment of Education Progress report found that only 40 percent of U.S. fourth-grade students were classified as proficient or advanced, and those numbers have not improved between 2009 and 2015. In fact, the geometry scale of the fourth-grade mathematics report was significantly lower in 2015 than in 2009.

Early mathematics is a better and more powerful predictor of future learning, including reading and mathematics achievement, compared to early reading ability or other factors such as attention skills, according to one 2007 study on school readiness.

The Measures of Mathematical Reasoning Skills system will contain tests for both numeric relational reasoning and spatial reasoning.

"I'm passionate about this research because students who can reason spatially and relationally with numbers are better equipped for future mathematics courses, STEM degrees and STEM careers," said Perry, whose doctoral dissertation for her Ph.D. from SMU in 2016 specifically focused on those two mathematical constructs.

"While these are very foundational and predictive constructs, these reasoning skills have typically not been emphasized at these grade levels, and universal screening tools focused on these topics do not yet exist," said Perry, who is co-principal investigator.

"Since intervention in the early elementary grades can significantly improve mathematics achievement, it is critical that K-2 teachers have access to high-quality screening tools to help them with their intervention efforts," she said. "We feel that the Measures of Mathematical Reasoning Skills system can really make a difference for K-2 teachers as they prepare the next generation of STEM leaders."

The four-year project, Measuring Early Mathematical Reasoning Skills: Developing Tests of Numeric Relational Reasoning and Spatial Reasoning, started Sept. 15, 2017. It employs an iterative research design for developing formative assessments, a process that Ketterlin Geller has devoted much of her 20-year career to.

$2.5 million NSF grant to SMU will give teachers a math assessment tool to help students 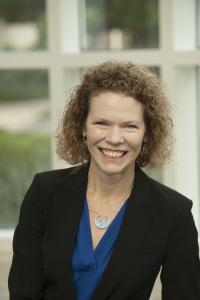 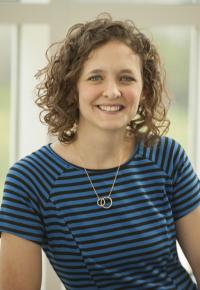