A research team has connected more of the intricate pieces of the autism puzzle, with two studies that identify genes with important contributions to the disorder. One study pinpoints a gene region that may account for as many as 15 percent of autism cases, while another study identifies missing or duplicated stretches of DNA along two crucial gene pathways. Significantly, both studies detected genes implicated in the development of brain circuitry in early childhood.

"Because other autism researchers have made intriguing suggestions that autism arises from abnormal connections among brain cells during early development, it is very compelling to find evidence that mutations in genes involved in brain interconnections increase a child's risk of autism," said study leader Hakon Hakonarson, M.D., Ph.D., director of the Center for Applied Genomics at The Children's Hospital of Philadelphia. He is on the faculty of the University of Pennsylvania School of Medicine, as is his main collaborator, neuroscientist Gerard D. Schellenberg, Ph.D.

"This comprehensive research opens the door to more focused investigations into the causes of autism disorders," said Philip R. Johnson, M.D., chief scientific officer at The Children's Hospital of Philadelphia. "It moves the field of autism research significantly ahead, similar to the way oncology research progressed a few decades ago with the discovery of specific genes that give rise to cancers. Our extensive pediatric genomics program has pinpointed particular genes and biological pathways, and this discovery provides a starting point for translating biological knowledge into future autism treatments." The hospital's Center for Applied Genomics, launched in 2006, is the world's largest facility dedicated to the genetic analysis of childhood diseases.

Collaborating with researchers from more than a dozen institutions, including members of the Autism Genome Project (AGP), Hakonarson led both studies, which appear today in online publication in Nature.

Autism is the best known of the autism spectrum disorders (ASDs), a group of childhood neurodevelopmental disorders that cause impairments in verbal communication, social interaction and behavior. Currently estimated to affect as many as one in 150 U.S. children, ASDs are known from family studies to be strongly influenced by genetics. Previous studies have implicated several chromosome regions harboring rare variants in raising the risk of ASDs, but until now, research has not been consistent in identifying and replicating common genetic variants.

One of the two studies by Hakonarson's team is the first to identify common genetic variants associated with autism. By using highly automated genotyping tools that scan the entire genome of thousands of individuals, the researchers found that children with ASDs were more likely than healthy controls to have gene variants on a particular region of chromosome 5. That region is located between two genes, cadherin 9 (CDH9) and cadherin 10 (CDH10), which carry codes to produce neuronal cell-adhesion molecules.

Neuronal cell-adhesion molecules are important because they affect how nerve cells communicate with each other, thought to be an underlying problem in ASDs. "These molecules are expressed on the cell surfaces of neurons, and they are involved with shaping both the physical structure of the developing brain and the functional connections among different brain regions," Hakonarson said. "Although a particular gene variant may contribute a small risk for an ASD in a particular individual, we estimate that the variants we discovered may contribute to as many as 15 percent of ASD cases in a population—typically referred to as the population-attributed risk of the variant."

Hakonarson's team first performed genome-wide association studies on DNA from over 3,100 subjects from 780 families of children affected with ASDs, then performed further studies in a cohort of 1,200 affected subjects and 6,500 unaffected controls. They then replicated their results in two additional independent cohorts. In total, they analyzed DNA from 12,834 subjects.

"Autism Speaks is pleased to have facilitated this critical research, having provided both funding and access to thousands of DNA samples through Autism Speaks' Autism Genome Research Exchange (AGRE)," said Geraldine Dawson, Ph.D., Chief Science Officer for Autism Speaks. "Access to biomaterials and clinical data from thousands of families through the AGRE substantially expedites the research our community seeks and needs. Our goal is to accelerate genetic research that can ultimately lead to improved detection and medical treatments." Dawson also is a co-author of both studies in her role as a faculty member of the University of Washington.

Hakonarson's second study in Nature, also using genome-wide association tools, identified copy number variations—deletions or duplications of DNA—that increase a child's risk of having an ASD. Interestingly, these variants were enriched in genes that belong to two biological pathways, one including the same neuronal cell-adhesion molecule gene family that harbored the common variant reported in Hakonarson's first study. The other gene cluster impacted by copy number variations belongs to the ubiquitin degradation pathway. Ubiquitins are a class of enzymes that eliminate connections among nerve cells, and are involved with processing and degrading neuronal cell-adhesion molecules—thus linking the two gene pathways together.

"The copy number variations we discovered are active on two gene networks that play critical roles in the development of neuronal connectivity within the central nervous system," said Hakonarson. "Finding genes that are biologically relevant to these neuronal systems increases our understanding of how autism originates."

The gene discoveries, added Hakonarson, converge with evidence from functional magnetic resonance imaging that children with ASDs may have reduced connectivity among neural cells, and with anatomy studies that have found abnormal development of the brain's frontal lobes in patients with autism.

"Many of the genes we identified concentrate their effects in brain regions that develop abnormally in autistic children," said Hakonarson. "Our current findings, when coupled with anatomical and imaging studies, may suggest that ASDs are a problem of neuronal disconnection."

His group's ongoing research, continued Hakonarson, focuses on investigating the exact mechanisms by which these genetic variations cause autistic disorders. "For instance, we expect to manipulate similar cell-adhesion genes in mice to see if the animals show altered social behaviors that may correspond to human behaviors." In addition, other genes remain to be discovered.

"Although we cannot immediately apply this research to clinical treatments, these findings increase our understanding of how autism spectrum disorders arise, and may in time foster the development of strategies for prevention and early treatment," said developmental pediatrician Susan E. Levy, M.D., a co-author of both studies who is the medical director of the Regional Autism Center and a member of the Center for Autism Research (CAR), both at Children's Hospital.

About The Children's Hospital of Philadelphia

The Children's Hospital of Philadelphia was founded in 1855 as the nation's first pediatric hospital. Through its long-standing commitment to providing exceptional patient care, training new generations of pediatric healthcare professionals and pioneering major research initiatives, Children's Hospital has fostered many discoveries that have benefited children worldwide. Its pediatric research program is among the largest in the country, ranking second in National Institutes of Health funding. In addition, its unique family-centered care and public service programs have brought the 430-bed hospital recognition as a leading advocate for children and adolescents. For more information, visit http://www.chop.edu.

Autism Speaks is the nation's largest autism science and advocacy organization, dedicated to funding research into the causes, prevention, treatments and a cure for autism; increasing awareness of autism spectrum disorders; and advocating for the needs of individuals with autism and their families. Autism Speaks funds more than $30 million each year in new autism research, in addition to supporting the Autism Treatment Network, Autism Genetic Resource Exchange, Autism Clinical Trials Network, Autism Tissue Program and a range of other scientific and medical programs. To learn more about Autism Speaks, please visit www.AutismSpeaks.org. 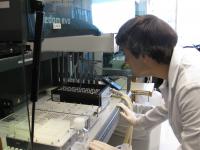 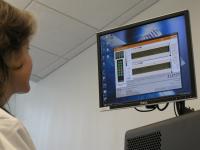